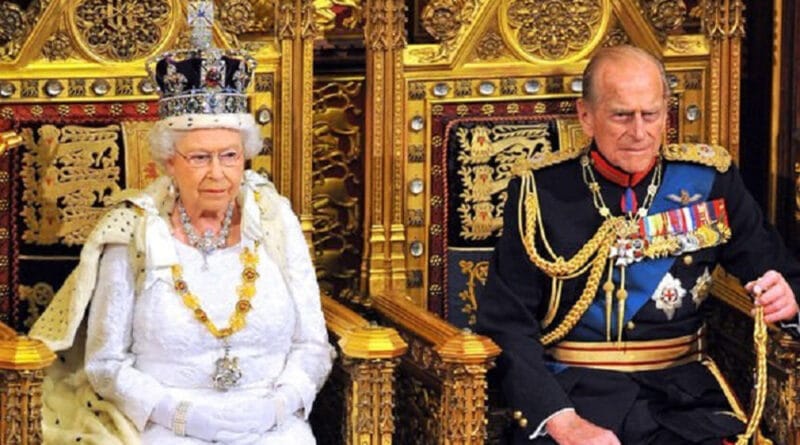 February 11, 2021.-  With palaces, country residences, land and real estate galore, the Windsor family of Britain are one of the wealthiest in the country, and their royal rule comes as part and parcel of the British establishment.

However, yet another dark side of the royal family has emerged, this time surrounding their personal wealth and investments.

A report by an investigative journalist published in The Guardian newspaper has revealed that Queen Elizabeth lobbied the then Tory government of Edward Heath to change the law, in order to hide her private wealth.

The deal, which was agreed between the governments of Edward Heath and Harold Wilson, allowed the British state to create a state backed shell company, designed to place a veil of secrecy over the Queen’s wealth.

Had the amount been leaked, it would have been very embarrassing for the Windsors, with the majority of British people in 1970s living in hardship, as the effects of the oil crisis and unemployment hit hard.

Why then did the British Queen want to hide her enormous wealth from her loyal subjects?

Of course we have to remember that although the story is new, it actually dates, really dates back to the 1970s, just now that the relevant government documents have been released, that’s how the Guardian was able to cover the story. At that time, the Queen was very anxious that her private wealth be secret, that people shouldn’t know how much she was worth; she was estimated to be the richest woman in the world at the time, although that is no longer the case. But certainly they would have felt at that time, in the 1970s, that the wish for secrecy was justified. But in today’s world, it is very different. We expect much greater transparency.

With the law proposed to Heath passed by his successor Harold Wilson, The Queen’s assets were quickly passed into the shell company, hence removing immediate layers of traceable wealth to The Queen and remained in place until at least 2011.

The ability for the Queen to pass such laws comes from an ancient law called the Queen’s consent and evidence suggests that this law was used as far back as 1728.

Yet, by applying this law in the 1970s, and even now in modern times, unknown to the public, the law breaks the norm of the monarchy respecting government independence, suggesting the royal family are not as transparent and clear as they are portrayed to be.

Britain, and in particular the royal family, are in fact the polar opposite of what a democracy should be, with an unelected royal family who rule by air and not consent, and a government that has on many occasions won an election, with a minority vote, one has to question just how free Britain really is.

With Britain at one of its lowest ever points since World War Two, and with COVID-19 tearing the economy and lives apart, as well as the impact of Brexit now being felt in a way Britain would not care to admit, as cries of nationalism and independence echo across the United Kingdom, and the north of Ireland, one can only wonder, just what else the Queen has tried to hide from law as she tries in vain to hold together, not only her estranged family, but her entire country and legacy in the process?