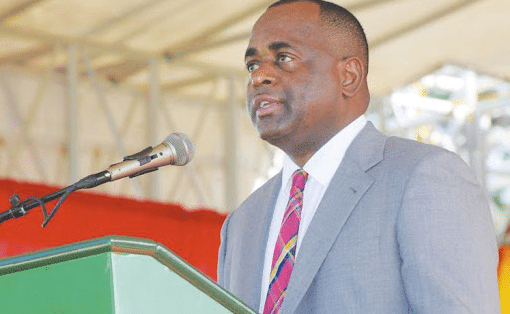 September 20, 2021 (OrinocoTribune.com)—At the Sixth CELAC Summit of Heads of State and Government—the highest organ of the CELAC’s regular conferences held on September 18—political leaders praised both Cuba and Venezuela for their solidarity during the pandemic.

“Without Cuba, every single Caribbean country would have had great difficulty in fighting this COVID-19 pandemic,” said Roosevelt Skerrit, Prime Minister of Dominica. “We have Cuban doctors, nurses and technicians working in our hospitals ensuring that we can do everything possible to keep people alive, those who have been infected by COVID-19. And so we want to thank the heroic people of Cuba for their usual generosity. And therefore we cannot consider the help that Cuba gives to us in our hour of need and to define it as human trafficking. What is CELAC’s position on this particular matter? This is a fundamental question we have to ask ourselves.”

"Without Cuba, every single Caribbean country would have had great difficulty in fighting this Covid pandemic."

🇩🇲 Prime Minister of Dominica, Roosevelt Skerrit, thanks "heroic people" of Cuba 🇨🇺 and Venezuela 🇻🇪 for their generosity. pic.twitter.com/V0blSDvMuG

Skerrit was referring to the US official position that classifies Cuban medical aid as human trafficking. The US State Department has called on all countries to halt cooperation with Cuba’s medical programs. Despite the threats, Cuban doctors were providing services in over 60 countries during 2020, and at least 40 countries on five continents received additional help from over 3,000 Cuban doctors during the pandemic.

Mexico’s Ambassador, Miguel Diaz Reynoso also expressed gratitude for the hundreds of Cuban doctors who helped Mexico during the height of the pandemic.

Saint Lucia’s Prime Minister Philip J. Pierre was also effusive in his praise of the heroism of Venezuela and Cuba. “We thank the government and the people of Cuba for their support with medical personnel particularly now during the COVID-19 pandemic,” he said during his address. “We salute the heroic people of Cuba and Venezuela and look toward an improvement in the quality of life in their countries.”

Despite the US economic blockade that has limited Cuba’s access to syringes, medical equipment, and COVID-19 tests—in addition to many other basic supplies—the island nation has managed to combat the pandemic both at home and abroad. The country is still in the throes of its worst wave of COVID-19 cases, resulting in about 85-90 deaths each day during a tragic peak in August. These totals are now slowing down. Nevertheless, the leading socialist nations—Cuba, Venezuela, and Nicaragua—have displayed relatively positive COVID-19 responses, despite suffering from varying degrees of coercive measures at the hands of the empire ruled from DC. In terms of lives lost to the pandemic, for example, Cuba has recorded 606 deaths per million inhabitants, Venezuela 152, and Nicaragua about 30. These totals compare very favourably, for example, with Costa Rica (1,165 deaths per million) or Uruguay (1,734), generally considered two of Latin America’s most economically stable countries—to say nothing of other Latin American countries such as Peru (5,935 deaths per million), Colombia (2,443), or Brazil (2,757). The latter departed from CELAC under Jair Bolsonaro. The pressure exerted by the US on countries around the world to expel Cuban doctors has in fact led to countless preventable deaths, multiplied enormously by the pandemic.

President Skerrit also extended gratitude towards the Bolivarian Republic of Venezuela: “And we also want to thank the heroic people of Venezuela who, in all of their challenges with the sanctions, have been able to reach out to us with PPE and testing kits when many of us in the Caribbean were running very low, or unable to access those testing kits and PPE because they were blocked in other parts of the world.” Since the 1999 mudslides in Vargas state, in which about 20,000 Venezuelans perished, Cuban doctors have participated in a partnership with Venezuela.

In addition to providing doctors to help other nations combat COVID-19, Cuba is the only country in the region to have developed its own vaccines, and at the CELAC Summit offered to provide these to partnering nations.

“Today we would like to reiterate here our willingness to work within the framework of CELAC on an agreement for the supply and production of vaccines for interested countries as a modest contribution to the goal of achieving universal immunization in the region as soon as possible,” said Cuba’s President Miguel Díaz-Canel.

President Díaz-Canel also took a moment to show his support for the ongoing Mexico City talks, set to resume on September 24, between Venezuela’s government and sectors of the opposition. “We support the respectful dialogue without foreign interference carried out by the Bolivarian Republic of Venezuela, and denounce the punitive regime to which its people are subjected by imperial pretensions,” said Díaz-Canel during his address to the CELAC Summit on September 18.

(Special for OrinocoTribune by Steve Lalla)