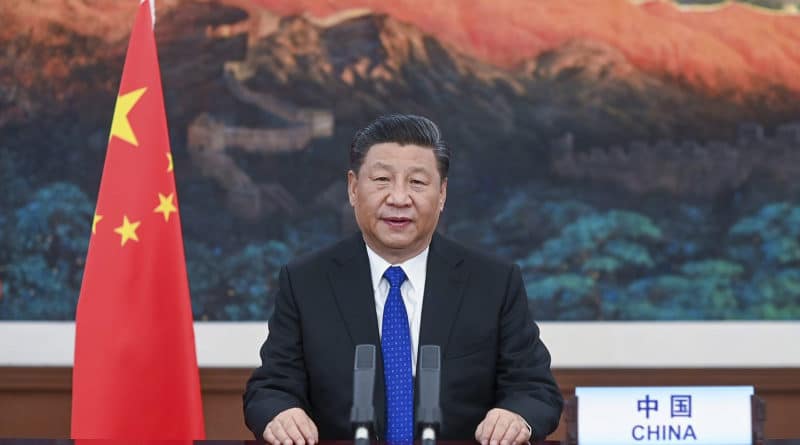 An eventual Chinese vaccine against the new coronavirus will become a “global public good,” President Xi Jinping said Monday during the 73rd WHO World Health Assembly. In a speech broadcast via video in Geneva, the Chinese president indicated that his country will add $ 2 billion through the WHO within two years to the global fight against Covid-19.

Given this, most members of the World Health Organization (WHO) agreed that the future coronavirus vaccine be a “public good” and asked to reform the institution, at its first annual meeting held remotely this Monday.

At the begining of the meeting, UN Secretary General Antonio Guterres criticized countries that “ignored the WHO recommendations” and estimated that the world would pay a “high price” for carrying out divergent strategies. “As a consequence, the virus has spread throughout the world and is now heading towards countries in the south, where it could cause even more devastating effects,” he added. A “huge multilateral effort” is needed in the face of this “tragedy,” he added.

“I hope that the search for a vaccine may be the starting point,” he said at the start of this World Health Assembly (WHA), ending on Tuesday.

WHO Director-General Tedros Adhanom Ghebreyesus, for his part, admitted that the pandemic “cruelly brought to light” the world’s geopolitical divisions. And faced with criticism, especially from the United States, about the management of the crisis by WHO, the Director-General reiterated once again that the body “quickly sounded the alarm.”

Beside this, he said it will launch “an independent evaluation as soon as possible at the appropriate time to review experiences and lessons learned and make recommendations with a view to improving preparedness at the national and global levels.”

The meeting will discuss a resolution, promoted by the European Union, calling for “universal, rapid and equal access to all the products (…) necessary to react against the pandemic.” The text also qualifies a “large-scale vaccine against Covid-19, as a global public good.” If the resolution is adopted, “it will be an important result because the WHO will be the first world forum to unanimously agree on a text,” said a European diplomatic source.

It remains to be seen whether the United States will give its vote to the text, which does not require an immediate investigation into the origin of the virus or the actions taken by the WHO against the pandemic.

Washington, which accuses Beijing of covering up the scope of the epidemic, blames the WHO for being wrong in managing the crisis by following the Chinese position. And so President Donald Trump decided to suspend the financial contribution to the institution. In that sense, China has presented enough evidence to world media of sharing information since the very begining of the pandemic but also about the lack of response by the US government to address the crisis properly and on time.

President Xi said Monday in the assembly that China is in favor of a “complete evaluation” of the global response to the new coronavirus once the epidemic has been controlled. The assembly decided on Monday, however, that this issue will be debated at another time of the year, to focus all attention on the global health crisis.