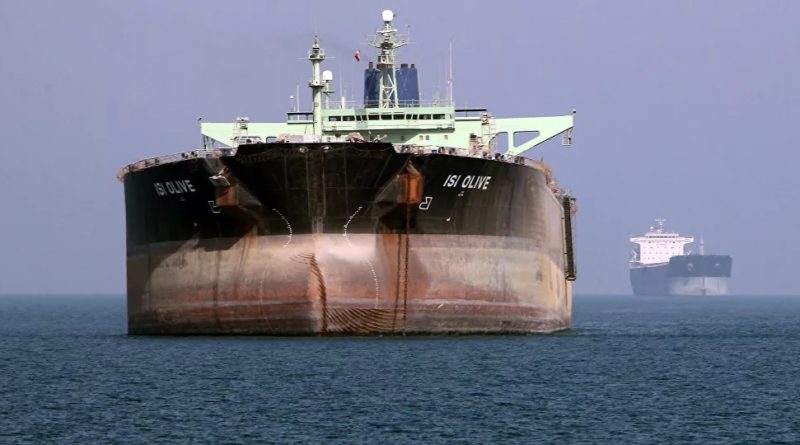 Admiral Craig Faller, commander of the Southern Command, said that Iran’s intention in sending the gasoline ships to Venezuela is to gain ground with respect to the United States and its allies on the continent, while not mentioning the heavy impact that US sanctions and blockade have created inside Venezuela, now facing an acute gasoline scarcity.

“We are closely following this with our partners,” Faller said, sending a clear warning to the two countries engaged in legitimate and rightful trade needed by their peoples. While he declined to comment on the US position regarding the advance of the ships, they have already passed the Strait of Gibraltar, between Africa and Europe.

New threats from Craig…I'm packing already because the gringos are planning on making Venezuela its new Covid-19 Colony 😂 You are just a bunch of bad jokes gringos…We will be waiting for you here with Interferon from Cuba and something else!!! https://t.co/A4gW9ILJvY

Experts have said that a movement like this has never been seen before, in terms of geopolitics, and that if successful, Iran would be favored because of the visibility that has been given its warning to the United States.

An analyst in Venezuela said that the Venezuelan government will exercise all its military muscle to protect the shipment according to international regulations. Some report that there are talks with China and Russia to build an united front to stop any US provocation.

All the vessels (Fortune, Petunia, Forest, Faxon, Clavel) belong to Iranian companies owned or linked to the State, which sail under the flag of Iran. Some international media have even said that ships purposely raised their Iranian flag in front of allied ships of North America, as an act of sovereignty. 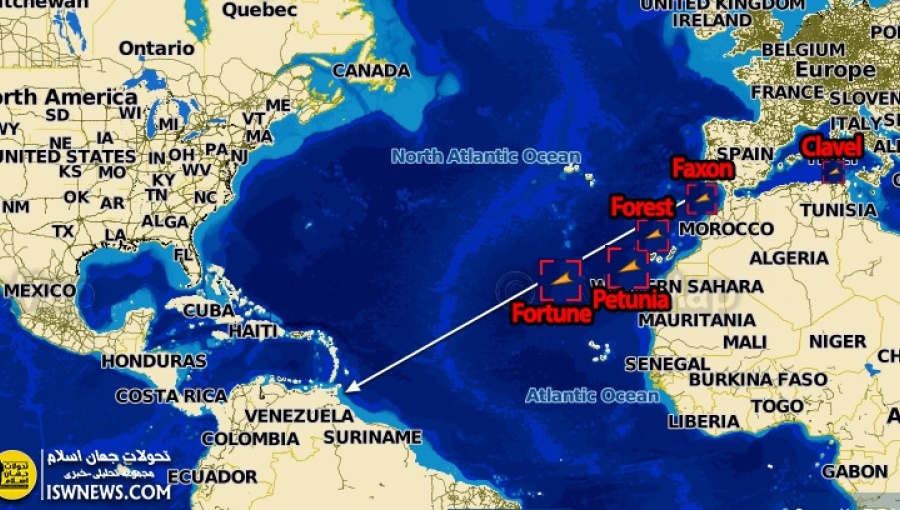 The latest positions of the five tankers as presented by ISWNews.com.

Iran held the United States responsible for any consequence of a gringo attempt to interrupt the voyage of the ships sailing to the South American country, since Iran enjoys autonomy in its decisions as well as Venezuela, regarding the countries with which it negotiates.

The US unleashed a pressure campaign against Iranian ships, which includes the statements of this Admiral Southcom commander but also against Venezuela, currently victim of a harsh blockade forbidding the legitimate right of its government to procure parts for repairing refineries, additives to produce its own gasoline and gasoline itself, all affected by illegal US sanctions and responsible for a complex gasoline scarcity in the South American country.

One of the tankers, the Carnation, is heading to Caracas since May 12, according to the AIS and according to data from the naval tracking portal MarineTraffic.com. The Faxon, the Fortune and the Petunia appear on routes that could take them to Venezuela. The other tanker, the Forest, changed its destination AIS to S. America according to May 14 orders.

Recently, local Venezuelan media released information about the possible mobilization of four US warships to the Caribbean. Supposedly, these were reportedly sent for a possible encounter with the Iranian ships. However, this information has not been corroborated by any gringo authority.