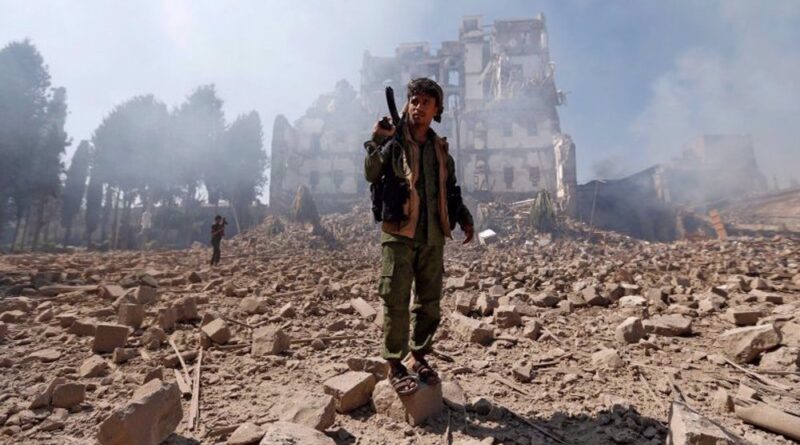 Reacting to the news of the US president’s decision to stop supporting the Saudi war on Yemen, Yemen’s Supreme Political Council said that Yemenis will not be fooled by mere US statements.

February 5, 2021.-  “We consider any move that does not end the siege and aggression against Yemen as just a formality and do not pay any attention to it,” Mohammed Ali al-Houthi, a council member said via Twitter Friday morning.

“We are not those who are deceived by statements no matter how they are expressed,” al-Houthi noted.

The remarks came hours after US President Joe Biden announced an end to Washington’s support for Saudi-led aggression on Yemen, in a reversal of the Donald Trump administration’s foreign policy.

“This war has to end,” Biden said in his first foreign policy speech as president. “To underscore our commitment, we are ending all American support for offensive operations in the war in Yemen, including relevant arm sales.”

Riyadh, together with its allies chief among them being the United Arab Emirates (UAE), launched a war on Yemen in March 2015 with the aim of reinstalling Yemen’s former pro-Riyadh government and crushing the popular Houthi Ansarullah movement.

The war, which has also been accompanied by an all-out siege of Yemen, has killed more than 110,000 people and turned the impoverished Arab country into the world’s worst humanitarian crisis.“

“More than 1,000 Yemenis killed by Saudi cluster bombs”
Earlier this week, the director general of the Yemen Executive Mine Action Centre (YEMAC) said that the Saudi-led coalition has dropped 3,179 cluster bombs on Yemen since the beginning of its military campaign.

Ali Sofra said the civilian casualties of the bombardments who are mostly women and children have exceeded 1,000, and most of them were in agricultural and grazing areas.

Last month, over 300 anti-war and humanitarian organizations across the world called for an end to the Saudi war and highlighted Western countries’ role as enablers of Saudi crimes in Yemen.

“The war is only possible because Western countries—and the United States and Britain in particular—continue to arm Saudi Arabia and provide military, political and logistical support for the war,” they said in a statement on January 25. “The Western powers are active participants and have the power to stop the world’s most acute human crisis.”

Scouring Saudi Arabia for new bases
However, the US military announced late last month that it has been testing different ports and airbases on Saudi soil as options for the deployment of troops and equipment.

US Navy Capt. Bill Urban, a spokesman for Central Command, said the evaluation of a Red Sea port in Saudi Arabia and additional two airfields began around a year ago under Trump, following a 2019 attack against the state-owned Saudi Aramco oil processing facilities at Abqaiq, which Washington and Riyadh blamed on Iran.

“These are prudent military planning measures that allow for temporary or conditional access of facilities in the event of a contingency, and are not provocative in any way, nor are they an expansion of the US footprint in the region, in general, or in the kingdom of Saudi Arabia, in particular,” Urban claimed.

In his Thursday remarks, Biden also said Washington will continue to help Riyadh defend its sovereignty and territory.

Featured image: Houthi forces in Sana’a after a reported airstrike by the Saudi-led coalition on Dec. 5, 2017. (Photo by AFP)