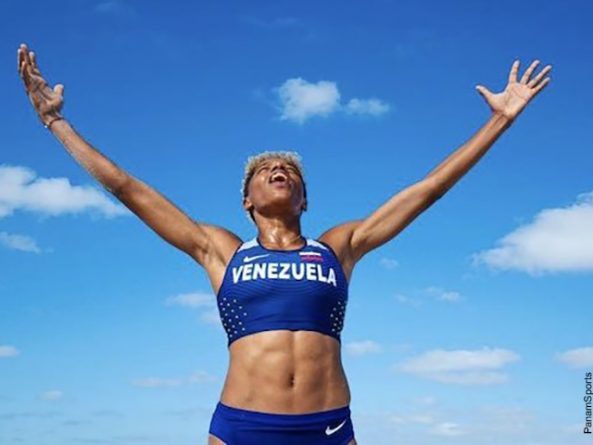 From the Emilio Martín athletics stadium (Huelva, Spain), Yulimar Rojas secured her Triple Jump quota for the XXXII edition of the Tokyo 2020 Olympic Games, jumping 14.58 on her first attempt and surpassing the minimum mark required for the universal game (14.32).

The Venezuelan closed the Meeting Iberoamericano de Huelva with a gold medal to register 15.06 in her second jump, a mark with which she took possession of the record of the Spanish championship, improved her personal mark, broke the national record, and proclaimed herself leader of the year of the triple jump world.

The representatives of Cuba Liadagmis Povea and Ana Peleteiro of Spain respectively, accompanied her on the podium.