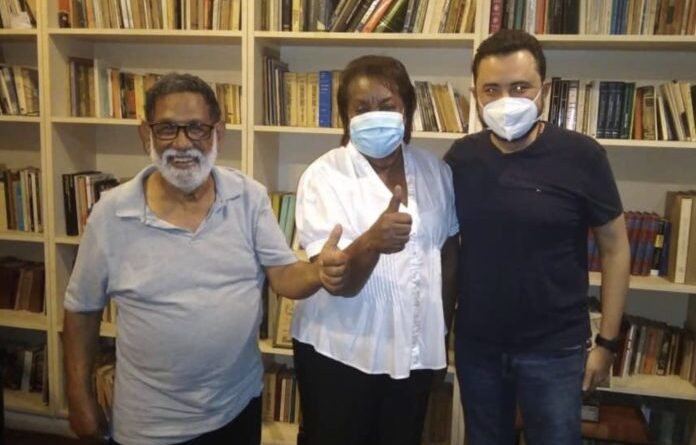 With just over a month to go until the November 21 regional and municipal elections, in which Venezuelans will elect governors, mayors and legislative and municipal councilors, the opposition is seeking unlikely alliances in the hopes of overcoming the divisions that have characterized its current political situation.

An example of this is the case of one of the right-wing candidates for the mayorship of Caracas, Antonio Ecarri, who is still trying to win over votes despite the fact that the G4 coalition decided to nominate Tomás Guanipa instead.

Uzcátegui is a former secretary of Patria Para Todos (PPT) party and active member of the Popular Revolutionary Alliance (APR) along with the Venezuelan Communist Party (PCV); and Muñoz, a former PSUV member, was governor of Portuguesa state.

Since the National Electoral Council (CNE) announced the November 21 elections, the lack of unity among the opposition parties has spilled into the open, although the opposition’s own spokespersons have admitted unity to be necessary to recover political spaces through elections.

Multiple oppositions
Although the right-wing factions have presented a multiplicity of candidacies in almost all regions and jurisdictions of the country, they have also been joined by the nominations of candidates who had, at some point, belonged to Chavismo but who are now part of the opposition ranks.

RELATED CONTENT: Guaidó vs. the Opposition: The Fight is Public Now

This is the case of Antonia Muñóz, who has been nominated for the governorship of the state of Portuguesa, with the support of the Alternativa Popular Revolucionaria (APR) party—a breakaway group from PSUV, Unidad Política Popular (UPP89) and the Communist Party of Venezuela (PCV). In recent years, Muñoz has harshly criticized President Nicolás Maduro on multiple occasions.

Ecarri, the son of Juan Guaidó’s representative in Spain, received the approval of the Democratic Unity Roundtable (MUD), in which various right-wing parties are grouped, for the mayorship of Caracas. However, this approval could not deter the aspirations of other candidates.

Thus, the recent meeting between Ecarri, Uzcátegui and Muñóz seems like a new plot twist in the Caracas mayorship election. However, Chavismo has maintained a dominance over the preference of the Caracas electorate for the past 20 years and represents a tough challenge for any opponent of Chavismo.