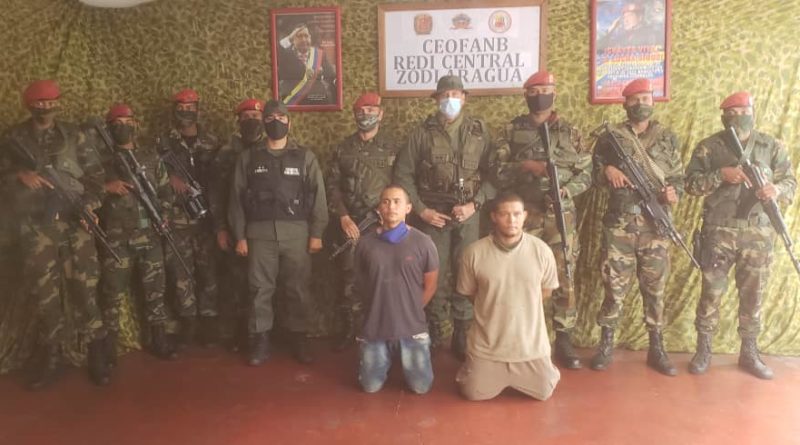 This Tuesday, two mercenaries were captured in Carayaca, a parish located in the western state of La Guaira, by the authorities of the Venezuelan state, accused of being part of the failed military incursion on May 3, called “Operation Gideon.”

The account of the Strategic Operational Command of the Bolivarian National Armed Force (Ceofanb) indicates that “two mercenaries were captured in La Colonia Tovar. In combat we continue to win, and we keep on patrolling and searching to find more stateless terrorists! They will not escape!”

Another mercenary was captured in Carayaca, identified as Alexander Chavez Mogollon. “In the framework of Operation Negro Primero, the First Marine Infantry Brigade operating in the ZODI La Guaira – REDI Capital under the command of Ceofanb in patrol work, captures a terrorist mercenary in the mountain area of Petaquirito,” reads a tweet from the account @ArmadaFANB .


Since last Sunday, May 3, the security forces have been deployed in search of all the terrorists involved in this mercenary operation, in which the governments of Colombia and the United States are linked and have the support of deputy Juan Guaidó. To date, more than 30 have been captured for these events, including two US ex-green berets, Luke Deman and Erin Berry, who participated in the invasion of Iraq and Syria.

The nephew of the former military man and fugitive from Venezuelan justice, Clíver Alcalá, along with seven other terrorists involved in the paramilitary incursion from the Venezuelan coasts, were also apprehended less than 24 hours ago.