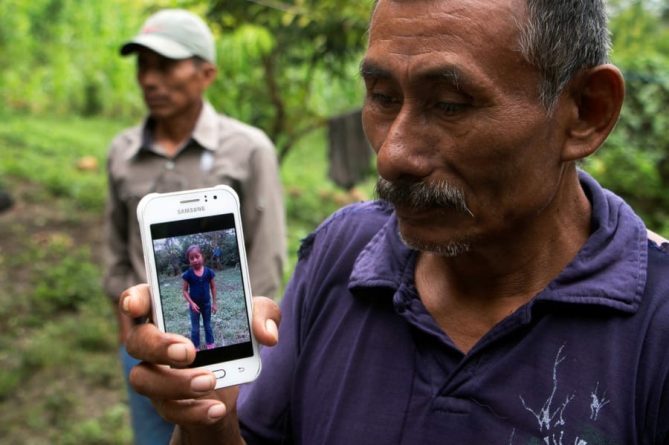 EL PASO, Texas — Jakelin Caal’s father Saturday denied the Trump administration’s claims that his daughter, who died in Customs and Border Protection custody, “had not eaten or consumed water for several days,” insisting that she had been eating and drinking water and had shown no signs of ill health prior to being taken into custody by CBP agents.

In a statement provided to the press Saturday, attorneys for Caal’s father, Nery Gilberto Caal, also rejected allegations that he and his daughter had spent days in the desert south of the New Mexico border.

“Jakelin had not been crossing the desert for days. Jakelin’s father took care of Jakelin — made sure she was fed and had sufficient water,” the lawyers said in the statement, adding that the Caals “sought asylum from the Border Patrol as soon as they crossed the border.”

The attorneys also warned federal officials not to engage in “further speculation about her cause of death … [arguing] premature and inaccurate statements undermine the integrity of the investigation.”

Caal died Dec. 8 after being taken into custody Dec. 6 in a remote part of the New Mexico border.

Although earlier this week CBP blamed Caal’s death on dehydration and shock, it’s unclear what those claims are based on, said Ruben Garcia, executive director of Annunciation House, a nonprofit group in El Paso that assists asylum-seekers and that has taken in Caal’s father.

“One of the things we’re very concerned about is that there is much that is being reported that we have questions about and have problems with,” Garcia told reporters during a news conference Saturday.

Garcia pointed out that neither the El Paso County medical examiner nor Providence Children’s Hospital, which treated Caal, have released any information on her health or cause of death.

Although Garcia declined to give details about their trip from Guatemala, he did say they had largely traveled by bus, and that they had not spent significant time in the remote desert west of Juarez where they ultimately crossed the border.

Meanwhile, the Daily Beast reported Saturday evening that the remote New Mexico facility where the Caals were held has had a history of contaminated water, according to a 2016 inspector general’s report.