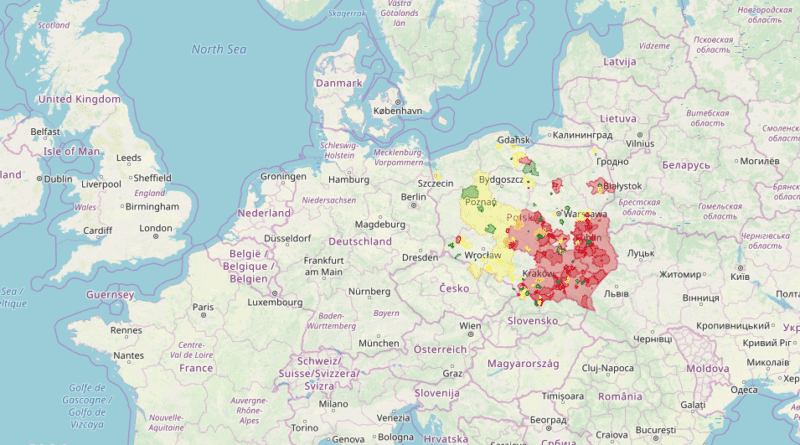 Nearly 100 Polish municipal or local governments have now proclaimed themselves to be “free from LGBTI ideology”. Local authorities in these areas pledge to refrain from acts that encourage tolerance and must avoid providing financial assistance to NGOs working to promote equal rights.

An “Atlas of Hate” map created by activists reveals the extent of Poland that has signed up to this pledge – and it covers an area greater than the size of Hungary.

The area has continued to grow after the European Parliament passed a resolution that strongly condemned the concept of LGBT-free zones in December.

MEPs described the measures as part of “a broader context of attacks against the LGBTI community in Poland, which include growing hate speech by public and elected officials and public media, as well as attacks and bans on Pride marches and actions such as Rainbow Friday.”

Featured image: The red area shows the municipalities in Poland that have signed the ‘LGBT-free’ pledge (Atlas of Hate)