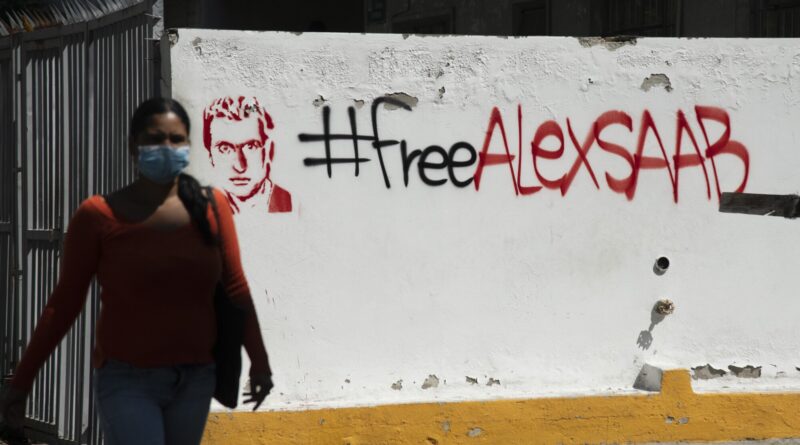 Alex Saab, the Venezuelan diplomatic envoy who is currently under house arrest in Cape Verde after months in a Cape Verdean prison since his controversial detention in June last year, asserted that “the objective of the judicial overreach with political motives by the United States and some of its regional cronies is to weaken President Maduro and his government, and they are trying to extract information from me to use it against his administration.”

Saab, who was born in Barranquilla, Colombia and is of Lebanese-Palestinian descent, explained in an interview with Russia Today that one of the principal reasons for his appointment as Venezuelan diplomatic agent was to counter the threat posed by the political and economic attack against Venezuela. “Bestowing me with immunity and inviolability was to allow me to travel and negotiate freely on behalf of the Republic, as diplomatic agents have done for centuries.”

He stated that the unilateral economic blockade against Venezuela has entailed that many companies that would have been happy to negotiate with the country have been forced to withdraw their business initiatives, which made it necessary to “seek solutions to create new supply chains, logistics, financing and commercial relations, often with companies and countries that have historically remained out of the Venezuelan market, particularly due to the presence of US companies. This was especially true in sectors like food, pharmaceuticals, and consumer goods.

Saab was detained in Cape Verde on June 12, 2020, when his plane was making a technical stop to refuel and continue on its way to Tehran. There was no red notice from Interpol or arrest warrant from the United States or Cape Verde at that time.

“Obviously, they were waiting for me,” said the Venezuelan envoy, commenting that on June 13, the day after his arrest, “the red notice was issued at the request of the US, but Interpol decided to cancel it four days later for being illegal.”

Saab, who was “kept under detention, without any order from the Interpol or the US, for about 25 days until Washington sent the request for his arrest through diplomatic channels,” denounced the conditions of “psychological pressure” and the impediments that he has faced while trying to meet his doctors, lawyers and family members, despite being under house arrest at present.

“They do not allow me free communication, to write letters, to use a cell phone, to receive visits from relatives, nothing,” informed Saab. “It is the same as prison, or worse, a complete sham. I am in a house surrounded by more than 50 armed officers of the army and the police. They even control what I eat. It is exactly the same or worse than the conditions of the prison, with the permanent psychological pressure to which I am exposed. I cannot even go out on the patio of the house without a drone recording me from the sky, even when I am with my local lawyers. There are armed men in the yard. What kind of house arrest is this? A farce,” he denounced.

He also stated that when he was in prison he was kept “in prison conditions that the US State Department itself had ordered” and that posed a risk to his life.

In this regard, he said, “there are signs everywhere of the work of a third party who, as in a scene from Harry Potter, must not be named. Presumably, all this is an attempt to break my determination and turn me against Maduro and his Government,” to which he is grateful for the opportunities and for having been appointed special envoy of the Government of Venezuela since April 2018, to collaborate in the procurement and supply of basic food and medicines for millions of Venezuelans.