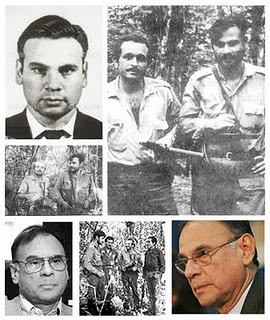 On Monday died the prominent Venezuelan political leader Alí Rodríguez Araque, who was a lawyer, diplomat, Minister of Energy and Mines between 1999 and 2000, President of Pdvsa, Minister of Economy and Finance, Chancellor of the Republic and Secretary General of the Organization of Countries Oil Exporters (Opep).

By: Alba Ciudad and agencies

President Nicolás Maduro regretted his death. Through his account on Twitter, he said: “With great sadness I receive the news of the death of Alí Rodríguez Araque, a tireless fighter, of those who are essential in the Revolution. I extend my words of encouragement for your entire family. His experience and honesty were a school for all of us. ”

The Minister of Popular Power for Culture, Ernesto Villegas, said: “‘Ali rested.’ With those two words my dear Cecilia Todd has just confirmed it. She is in Havana, where she receives the Noel Nicola award tomorrow. Joy changed into sadness by the departure of the friend, comrade and exceptional human being. Here you go, Ali. Thanks a lot”.

To his widow, children and grandchildren, as well as to the adoptees who chose him as a father in politics, my condolences for the physical departure of Alí Rodríguez Araque,” the minister said. “A privilege to have crossed paths with this revolutionary, studious and dreamer”. Villegas, who is also a journalist, shared the transcript of the interview he did with Rodríguez Araque in August 2016 for Telesur.

Rodríguez Araque wrote works about the energy sector and also worked as Secretary General of the Union of South American Nations (UNASUR) between 2012-2014. In September 2014, he was appointed by President Nicolás Maduro as Venezuela’s ambassador to Cuba.

Born in Mérida on September 9, 1937, he graduated from the Central University of Venezuela (UCV) in 1961.

During the 60s and 70s of the last century, he was an active guerrilla man of the leftist armed groups that fought against the governments of the Punto Fijo Pact. By then, he adopted the pseudonym “Comandante Fausto” and led guerrilla fronts. He joined the Party of the Venezuelan Revolution (PRV) in 1966, where he actively collaborated with the guerrilla leader, Douglas Bravo.