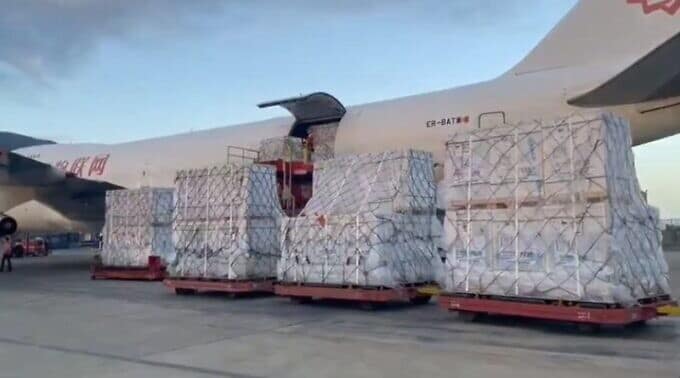 This Thursday, March 16, 4,8 million doses of COVID-19 vaccines arrived in Venezuela through the COVAX program. The process was supervised by the Ministry of Health. No details have yet being given about the origins of this shipment, however, when Venezuela first reached an agreement with the United Nations to purchase vaccines, it was announced that they would be Sinopharm and Vero Cell, which are produced in China.

Minister Magaly Gutiérrez commented that these vaccines “will allow us to immunize the population through our reinforcement program, which was announced by the president of the Bolivarian Republic of Venezuela, Nicolás Maduro.”

Currently, there are 19,000 vaccination locations, 593 of which are Comprehensive Community Health Areas (ASIC), while 400 are new locations managed by the Cuban medical mission and mobile clinics, located at pharmacies and shopping centers.

Magaly Gutiérrez also specified that Venezuela has received, through six different deliveries, more than 61 million units of the first and second doses, and booster shots. She also said that the Venezuelan government is seeking other ways of acquiring vaccines, such as international cooperation with Cuba, Russia and China so that “Venezuelans can have access to free vaccines.”

She added that they work with the Ministry of Education to strengthen the vaccination campaign amongst minors. Additionally, she stated that 100% of the population over 18 years of age has been vaccinated with the first dose, while 61% of minors have received the vaccine. In this sense, she announced a meeting with the Minister of Education, Yelitze Santaella, in order to plan intensive vaccination days at schools.

Minister Gutiérrez called on the population to get their booster vaccines, which can be administered every four months, and to continue to use masks and practicing social distancing.