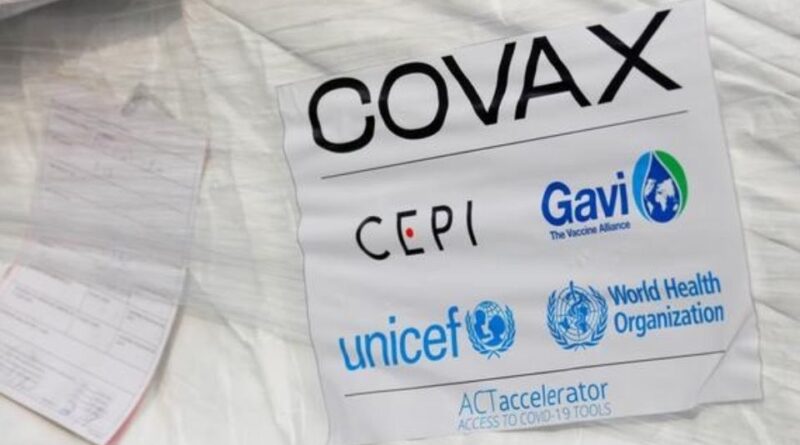 Early this morning, the first batch of COVID-19 vaccines from the controversial United Nations COVAX  initiative arrived in Venezuela, reported the Pan American Health Organization (PAHO), the World Health Organization’s (WHO) regional office for the Americas.

This first shipment of COVID vaccines consists of 693,600 doses of China’s Sinovac Biotech vaccine, which are included on the WHO emergency use list, and represents barely 6% of the total of vaccines paid for by the Venezuelan government.

“The vaccines were purchased through the Revolving Fund of the Pan American Health Organization (PAHO) with the country’s own resources,” read a statement issued by PAHO, “and they constitute the first batch of the total of 12,068,000 doses of vaccines that Venezuela will receive through this global mechanism.”

The batch of vaccines arrived this Tuesday at Maiquetía Simón Bolívar International Airport, where they were received by authorities from the Venezuelan Ministry for Health and PAHO officers.

The vaccines are already en route for their distribution throughout the country as part of Venezuela’s ongoing mass vaccination program. With the total amount of vaccines obtained through the COVAX mechanism—including those not yet delivered—Venezuela expects to immunize 20% of its population.

Thank you, @delcyrodriguezv, #Venezuela Vice President, for a constructive discussion on 🇻🇪's ongoing need for #COVID19 vaccines. Glad that 🇻🇪 received #COVAX doses today, with more to come this autumn. @WHO and @pahowho are committed to continuing to support. @DirOPSPAHO

COVAX/GAVI took months to finally deliver the vaccines to Venezuela, following several incidents of political sabotage, and a portion of the Bolivarian Republic’s payments being frozen temporarily by international banks as a result of the illegal and criminal US and European economic blockade against the Venezuelan people.

RELATED CONTENT: ‘We are Trying to Fix it’: COVAX on Not Shipping a Single Vaccine to Venezuela

By April, Venezuela had paid all the installments, equivalent to $120 million, to obtain more than 12 million doses to strengthen the mass vaccination campaign launched by President Maduro’s administration in its heroic battle against COVID-19.

However, there was a monumental delay in the arrival, even after the apparent resolution of the incident in which Switzerland’s UBS bank—under pressure from the US—blocked the final payments and placed them “under investigation.”

This Saturday, the President of the Republic Nicolás Maduro had announced that the first batch of doses would arrive this week. However, the previous day Venezuelan Vice President Delcy Rodríguez had denounced the delay in the delivery by COVAX/GAVI officials in Switzerland.

“This week the first vaccines arrive,” Maduro said on Saturday. “We hope for the COVAX mechanism to speed up so that in October it delivers all the vaccines to us. According to the estimate, six million Venezuelans can be fully vaccinated through this source.”