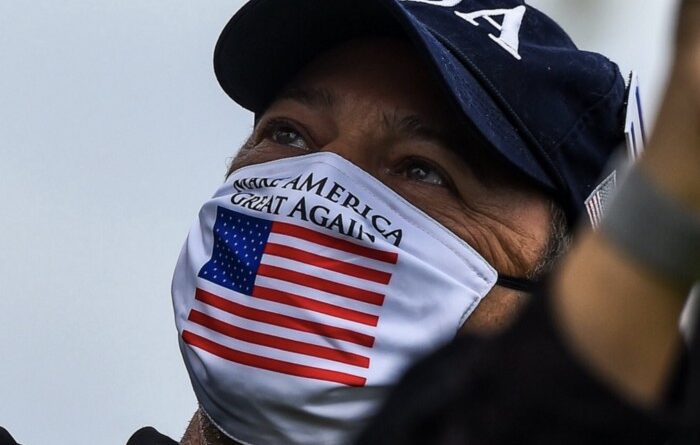 As I see the United States become ravaged by globally unsurpassed amounts of pandemic deaths, along with unemployment, rising mental illness, growing hunger, and evictions, I keep thinking back to one of the books that I read during my politically formative teenage years: Addicted to War by Joel Andreas. In its updated 2002 version, it observed how war was draining the country’s resources, with the U.S. having been set to spend an unprecedented $396 billion on the military during the fiscal year of 2003. “Since 1948 the U.S. has spent more than $15 trillion to build up its military might,” it says. “Just how much is $15,000,000,000,000 worth? It adds up to more than the cumulative monetary value of all man-made wealth in the U.S.”

“In other words,” it continued, “the government has spent more on the military over the last four decades than the value of all the factories, machinery, roads, bridges, water and sewage systems, airports, railroads, power plants, office buildings, shopping centers, schools, hospitals, hotels, houses, etc. in this country put together! If we add up the current Pentagon budget, the nuclear weapons budget of the Energy Department, the military portion of the NASA budget, foreign military aid, veterans’ benefits, interest payments on debt incurred by past military spending and other military-related expenses, the U.S. spends over $776 billion a year to feed its addiction to war. That’s over a million dollars a minute!”

A very conservative modern equivalent to this calculation puts this next year’s annual U.S. military spending at $934 billion. And to get a sense of perspective on just how much U.S. military spending has increased since 9/11, the U.S, has spent $13.34 trillion on the military between 2000 and the 2019 fiscal year. During the two decades when U.S. wealth inequality has increased to a higher level than in almost any other developed country, when household debt has reached unprecedented levels, and when the lower classes have experienced a drastic economic downturn that for them hasn’t gone away since it started in 2008, the military has come to suck up wealth at a rate dramatically higher than had been the norm prior to the 21st century. And even in that earlier era, the war machine’s impact on infrastructure and social programs was severe.

The contradictions of imperialism are what have brought the country to the painful, frightening spot that it’s now in. It’s because of the country’s role as the core of global imperialism that U.S. child hunger has increased by 14 times in the last year, why thousands of newly impoverished U.S. families have been lining up in their cars to get donated food, and why 14 million Americans are likely to be evicted after the end of this year. It’s why 300 thousand people in the U.S. have died from COVID-19 as of now, far more than the deaths that any other country has experienced. It isn’t because the government is naively inept when it comes to protecting the masses from crises like this one, it’s because the government is designed with feeding the war machine as its foremost priority alongside protecting corporate interests.

These are the results of the country’s decision to place itself at the center of imperialist interests after World War II. These are the results of our complicity with this arrangement throughout these last few generations. The empire has hollowed itself out, privatizing and cutting healthcare, reducing food stamps and welfare even under Democratic and Republican administrations alike, and dismantling the institutions that can protect people from predatory bank and corporate practices. Now a new Great Depression, worse than the last, has come to show what the consequences of neoliberalism—which let’s not forget is a byproduct of the U.S. empire’s decline—would be.

Careful observers were able to see beforehand that with the ways U.S. imperialism was increasingly leaving its own population behind, a major shock to the system would produce catastrophe. The empire’s own military analysts are among those who saw this coming. Just last year, a Pentagon report warned that “Climate change is introducing an increased risk of infectious disease to the US population. It is increasingly not a matter of ‘if’ but of when there will be a large outbreak.”

This reflects the prevailing attitude that military experts have been taking within their memos on the country’s near future: an explosion of unemployment, poverty, and pestilence is inevitable, so all the U.S. government can do is prepare to crack down on any potential uprising through effectively putting much of the population under military occupation. It’s been a shared assumption among these military experts that neoliberal austerity won’t be undone, that our society’s process of ever-widening wealth inequality will inevitably continue for the foreseeable future. This is because U.S. capitalism has been experiencing such a persistent trend of diminishing returns in recent decades that the ruling class has no choice but to foist the costs of the system’s crises onto the lower classes. Screwing us over even more is their only hope for keeping profits up during this increasingly unstable period.

Because of these conditions of 21st century capitalism, a “New New Deal” won’t come to save us. Our situation of declining living standards, public health crises, and repression from a militarized police state will only get worse for as long as the United States exists. But those of us who’ve studied Marxism and decolonial theory don’t look at this situation as cause for despair. We see it as yet another vindication of the fact that’s acknowledged by all communists: the capitalist state will never work in the interests of the people, and the people therefore won’t be free until they overthrow the capitalist state.

The fact that America’s role as the imperial core is what’s causing the growing misery we see around us represents a severe heightening of the contradictions of imperialism. If we Marxists can get the masses to understand this, to see that the U.S. empire’s existence is what’s created the country’s war machine and that the country’s war machine is what’s plunging our society into darkness, we’ll have spread an extremely powerful truth. A truth that will persuade a lot of people to join our cause of anti-colonial, proletarian revolution.