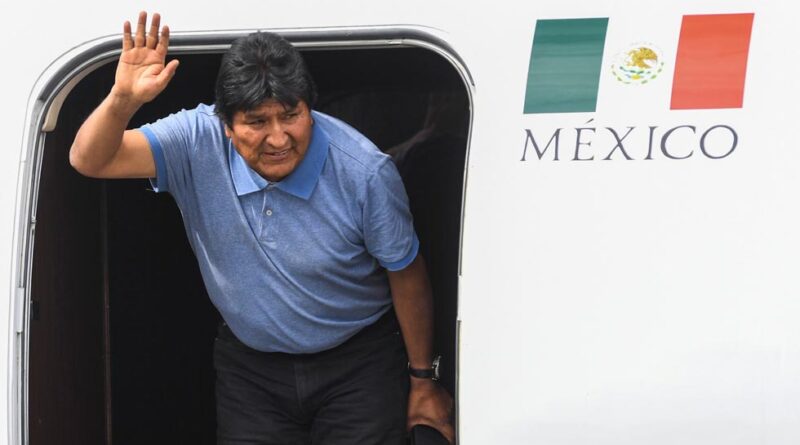 President López Obrador revealed the details of “how we decided to give Evo Morales protection and asylum” in his latest book.

Bolivian coup leaders fired a rocket at the Mexican Air Force (FAM) plane that rescued Evo Morales, the former president of the South American country, in November 2019, detailed the President of Mexico, Andrés Manuel López Obrador, in his new book published on August 30.

The next day, on Tuesday August 31, López Obrador declared in his morning press conference that in his most recent book, Midway Along the Path, he tells “how we decided to give protection and asylum to Evo Morales,” in an operation called Mission Bolivia.

RELATED CONTENT: Bolivian Authorities: Áñez’s Prison Conditions do Not Pose a Danger to her Health

In the book, a document from the Secretariat of National Defense of Mexico is shown in which officials of the Mexican Air Force expressed their suspicions that a rocket was fired at the plane which held Morales, following his forced resignation at the hands of the military on November 10, 2019.

“During the initial ascent, the pilot managed to observe, from the left side of the cockpit, and when he reached almost 1,500 feet above the ground, a light trail similar to the characteristic of a rocket at the seven o’clock position (from the back, and to the left, of the plane’s trajectory) below the horizon,” stated the official document. “The pilot estimates that… the point from which it was launched could have been in the vicinity of the Cochabamba airport.”

The document states that, from the time they were at the airport terminal, a unit of the Bolivian armed forces had permanently pointed an RPG rocket launcher at the aircraft.

“He made a tight turn to the opposite side of the projectile’s trajectory (right side), increasing the rate of climb to avoid the impact, observing that the trace, well below the aircraft, arced down towards the ground without having reached the altitude that the plane had achieved by that time—approximately 3,000 feet,” the report continued.

“The potential rocket could have come from the RPG launcher that he observed at the airport,” the document noted, citing the officer.

The document indicated that at the time, the incident was not communicated to Morales, in order not to increase the great tension that was already present in the aircraft.

Gabriela Montaño, who at the time of the coup was the Minister of Health of the Morales government, upon hearing the story commented on her Twitter account: “I had a lump in my throat again, not only because I too was on that plane, but because of what could have happened in the country if they had achieved the objective of killing Evo Morales.”

“The shadows of terror sown in the Bolivian people cannot go unpunished,” said the former minister.