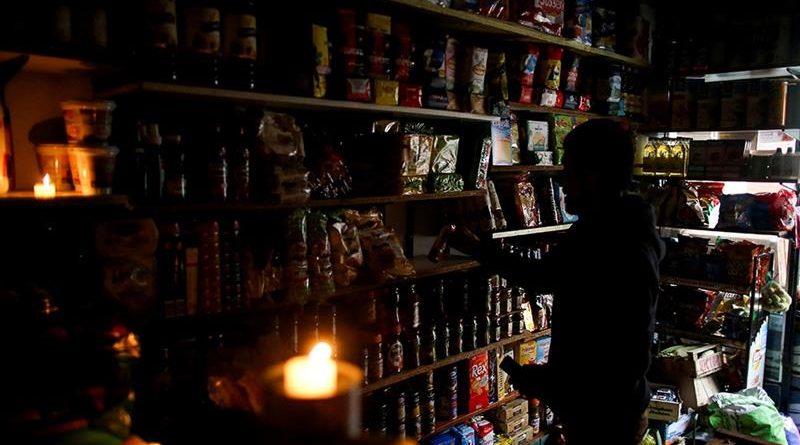 The economic impact of a massive blackout that affected 50 million people across Latin America was limited by the fact that it happened on a Sunday. But its sheer size raised questions about the stability of the power infrastructure in Argentina – and the political viability of the incumbent president just four months before a national election.

Authorities expect to understand the actual cause of the outage over the next two weeks, as an investigation moves forward into the cause of the blackout in Argentina, Uruguay and three other countries.

“It shouldn’t have happened, but it did, and it’s serious,” Argentine Energy Secretary Gustavo Lopetegui told reporters.

Economic hit
With a poverty rate above 33 percent and soaring inflation that is estimated by the International Monetary Fund (IMF) to now be at 43.7 percent, Argentina is not in a position to take even the smallest of economic hits. The blackout will only add to the electoral woes of embattled President Mauricio Macri as he seeks re-election later this year.

“Power rates were increased as much as his friends wanted, and they made the greatest outage in Argentine history. This isn’t Venezuela. It’s Argentina. And it’s time to realize this,” Alberto Fernandez, Macri’s main rival, said via Twitter.

The outage stopped trains and transit systems for a few hours and forced authorities to scramble to complete local elections, raising questions about why the blackout occurred and how to prevent it from happening again in the future.

Since 2015, when Macri assumed office, electricity bills have increased more than 600 percent as lavish subsidies brought in by former president Cristina Fernandez de Kirchner (no relation to candidate Alberto Fernandez) were removed.

Members of Macri’s Juntos Por el Cambio (“Together for Change”) coalition lost out in all four provincial elections held on Sunday. Other opposition politicians used social media to vent their anger and pander to their constituencies.

Argentina, which has a population of 45 million, was the country most affected by the outage that started at around 7am local time (10:00 GMT), left most of neighboring Uruguay in darkness, and spilled over to Paraguay, Chile and Brazil because the power grids of all these countries are connected.

By early Sunday afternoon, most places in Argentina were seeing a restoration of electricity.

The massive power failure sparked a domino effect in which excess demand switched off different parts of the grid and automatic systems kicked in to protect interconnected electricity networks.

Retail sales drop
Small shop owners expecting that Argentina’s holiday weekend would boost their sales took a hit, as did local tourist industries. The economic impact might have been even higher had the power outage occurred on a weekday, when demand for power is typically greater.

“On a normal day, electricity demand [in Argentina] would stand at 23,000 megawatts. Today it’s 15,000,” Daniel Montamat, the former Energy Secretary of Argentina and now a consultant, told Al Jazeera on Sunday. “If these security systems don’t disengage, it would generate a system-wide crisis.”

Sunday and Monday are holidays in Argentina, and there were local elections in some provinces. In Salta, a northwestern city near the border with Bolivia and Chile that is popular with tourists, residents were surprised.

“We woke up with dim lights. We hope it’s solved soon,” said Father Daniel Ochoa, a priest who welcomed the faithful on Sunday mornings to Salta’s cathedral. Hundreds filled the 19th-century building, which is in one of the country’s oldest and most picturesque historical districts.

Nearby, in a shop selling religious figurines and local sweets, the mood was less hopeful.

“There are many tourists, but few enter my shop. There are no sales because of the power outage,” said Paola Mogro, an attendant at Artesanias del Milagro.

During long holiday weekends, the shop is normally teeming with visitors. But on the Sunday of the outage, they were scarce. Even as parades and festivities were held on the streets, commerce was on hold in most stores. Without lights or cash registers – or access to payment terminals – business was definitely down for the day.

Similar scenes were played out across much of the rest of the country, with businesses often forced to shut down and income from a holiday forever lost.

Key distribution network
Authorities started restoring power by mid-afternoon on Sunday even without fully knowing what caused the outage. Experts are looking more deeply for answers by studying a power line that transports energy from the two major dams of Yacyreta and Salto Grande to the capital of Buenos Aires.

Yacyreta is combined dam and hydroelectric plant that is shared by Argentina and Paraguay. It generates 13.8 percent of Argentina’s total electricity supply, making it one of the most important sources of power.

Salto Grande, shared by Argentina and Uruguay, supplies four percent of Argentina’s electricity but 44 percent of the electricity in Uruguay – a much smaller country with a population of less than 4 million.

“The interconnection between Yacyreta and Salto Grande failed, and that made the whole system collapse,” said Gonzalo Casaravilla, the CEO of Uruguay’s state power company, through a corporate Twitter account. “We’ve been interconnected with Argentina for 40 years and nobody remembers this to have happened before.”

The massive power failure is rather unusual for any of the countries involved.

“A protocol was activated, it was never used before, to re-energice the system,” said former energy secretary Montamat. “It starts with bringing thermal power plants back.”

Regardless of the outage, noted Montamat, the quality of Argentina’s electricity provision has improved in recent years.

During the Fernandez de Kirchner administration, before 2015, power was heavily subsidized but upgrades to the energy infrastructure were also not as well funded. Since Macri took office in 2015, subsidies have been scrapped and electricity bills have increased significantly, but so has the quality of maintenance.

“From 2015 to 2019, counting the quantity and duration of power outages,” said Montamat, “the quality of the [electricity] service has increased by 20 percent.”