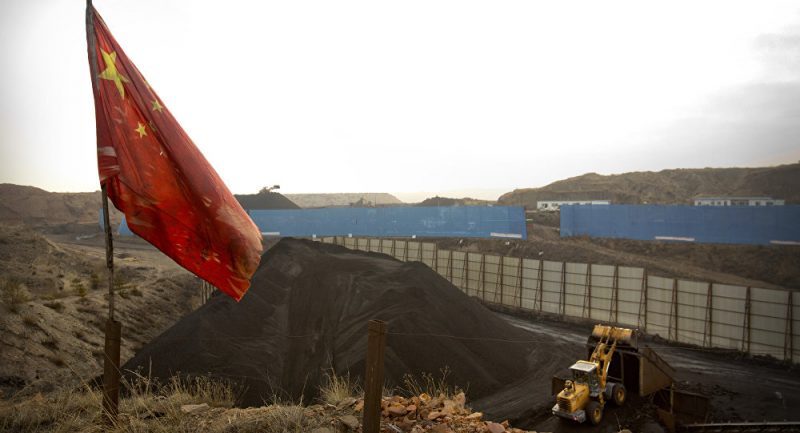 Earlier, officials from the Pentagon and the US Department of Commerce indicated that they were looking to make deals with other rare earth producers worldwide in a bid to reduce the US reliance on Chinese supplies of the strategic minerals.

China’s exports of a group of seventeen rare-earth elements have dropped a whopping 16 per cent, from 4,329 metric tonnes to 3,640 metric tonnes, between April and May, fresh customs data cited by the South China Morning Post has revealed.

May’s dip means rare earths exports have declined by a total of 7.2 percent in the first five months of 2019 compared to the same period in 2018, reaching 19,265 tonnes.

The US and other countries around the world are highly dependent on Chinese-mined rare earths, with the Asian country producing 120,000 tonnes, or 70 percent of the world total of the minerals, in 2018, according to US Geological Survey figures. For comparison, the US, which depends on imports for nearly 80 percent of its rare earth supplies, mined just 15,000 tonnes of the minerals during the same period.

According to recent figures from the US International Trade Commission, Chinese supplies comprised 59 percent of total imports, valued at $92 million, in 2018.

Rare earths are abundant in the Earth’s core, but difficult to mine due to their occurrence as compounds and oxides, making mining them expensive and harmful to the surrounding environment. The metals are vital for modern defence and high tech civilian applications, with producers of everything from missile, radar and laser systems to monitors, lighting, smartphones, electric car motors and a variety of other electronics dependent on the minerals.

Last week, the Pentagon indicated that it was engaged in talks with several rare earth miners around the world, including Malawi’s Mkango Resources Ltd and Burundi’s Rainbow Rare Earth Ltd, in a bid to reduce reliance on Chinese supplies. Also last week, the Department of Commerce outlined a host of measures aimed at reducing the US’ “strategic vulnerabilities” caused by its dependence on imports from China.

The drop in exports comes amid the escalation of the trade conflict between China and the US, including the possible unveiling of 25 per cent tariffs on another $300 billion worth of Chinese exports, potentially piling onto the series of tariffs introduced earlier and affecting the majority of Chinese products coming into the US. Beijing imposed tit-for-tat tariffs on $60 billion worth of American products on 1 June.

Last month, Chinese media reported that Beijing may consciously restrict rare earth exports to the US market as part of its retaliation to US measures. The Chinese government classifies rare earths as a strategic resource, and has planned out the exploration and extraction of the raw materials for about a century going forward. According to the Bank of America, China controls a total of about 40 per cent of the world’s rare earth resources, with estimated reserves of 44 million metric tonnes. China produced some 120,000 tonnes’ worth of rare earth minerals in 2018. Brazil, Russia, India and Australia round out the top five, with between 3.4 million and 22 million metric tonnes of reserves.

ThREE Consulting president James Kennedy recently warned that China “could shut down nearly every automobile, computer, smartphone and aircraft assembly line outside of China if they chose to embargo” its rare earth metals.