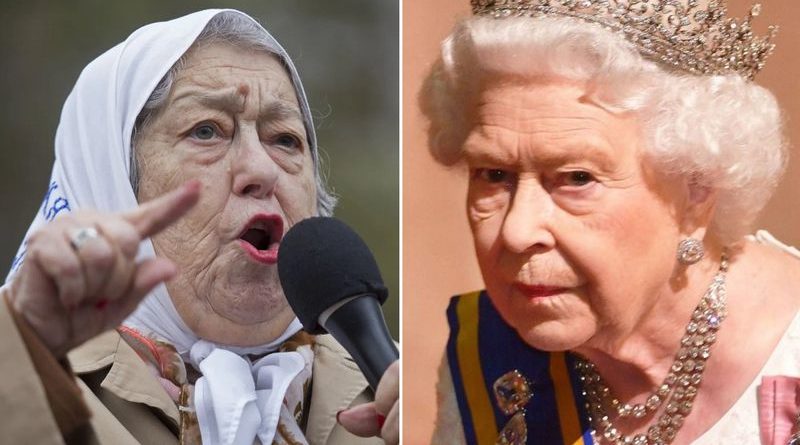 The president of the Mothers Association of the Plaza de Mayo, Hebe de Bonafini, wrote a strong letter to Queen Elizabeth of England in which she demanded the queen return Venezuela’s gold. On July 2, the British justice system had recognized the authority of Juan Guaido over gold bars deposited in the Bank of England, a fact that Bonafini described as “outrage”.

“Madam Queen Elizabeth: I dare write to you because for 43 years in Argentina my whole life has been dedicated to those who have the least,” the head of the Madres said at the beginning of the letter. “I think, rather, I am convinced that you do not need that gold, nor do the people of your country,” said Bonafini in relation to the tense dispute between Venezuela and the United Kingdom.

“I dare say to her, from a woman committed to the people to a woman who reigns, does it not seem an abuse on your part? Isn’t that robbery an outrage?” said the veteran and active defender of human rights in another paragraph. “I hope you know how to understand me and that you can open your hand that already has too much gold and that I’m sure you don’t need more,” she added.

Bonafini’s statement comes after a British court last Thursday denied the Venezuelan government access to gold reserves held at the Bank of England. Following the legal decision, the Central Bank of Venezuela announced that it will appeal the decision and called the ruling “absurd and unusual.”