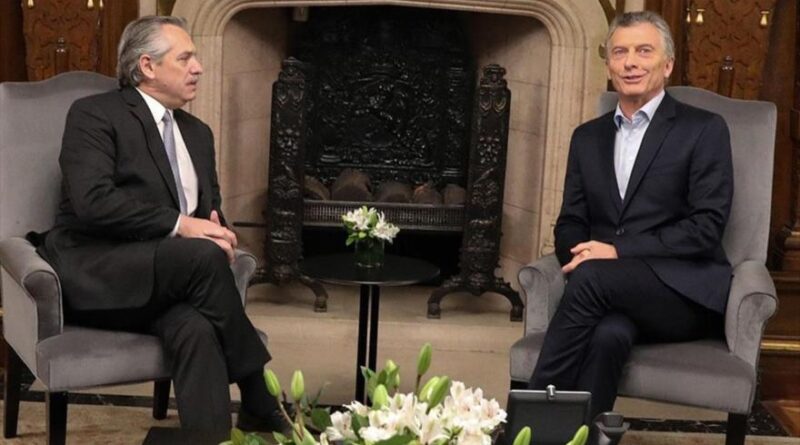 The president of Argentina accused former president, Mauricio Macri, of having recommended that he not declare a quarantine for COVID-19, and that he let those who get infected, die.

In an interview with Radio 10, the Argentine president, Alberto Fernández, said on Monday that the day after he decreed social, preventive and mandatory isolation due to the coronavirus pandemic, to control COVID-19, he received a call from ex-president Mauricio Macri in which the former president told him that he did not agree with that decision because the economy is the most important thing, and advised him that, “let’s leave all the people on the street, let those who have to die, die.”

“He (Macri) believes that and acts accordingly. Thank God I’m far from that. For me the policy is to take care of the people, the health of the people, to preserve the work,” explained the head of state.

Macri was always a staunch opponent of quarantine and has made this known in all his public statements. After holding an anti-quarantine mobilization on Monday that had been called by representatives of his party “Together for Change”, the former president indicated that he was “proud” that thousands of Argentinians took to the streets to march against social isolation.

In the interview, Fernández criticized the statements of his predecessor stating that what “hurts deeply” is that Macri, who apparently pays more attention to soccer than to what happens in his country, encourages people to go out to the street to catch coronavirus.

Fernández said that “any public man, whether political or not” should “measure his words” because “there are many people who listen to those who speak and pay attention to them.”

Shortly after, government officials revealed the details of the conversation between the two leaders, making it clear that Macri also recommended to the president that he privilege those he had to privilege and gave him the example of British Prime Minister Boris Johnson in the United Kingdom. Fernandez listened to him and said “I don’t think the same as you do, but that’s it, let’s leave it there,” and cut off the communication.