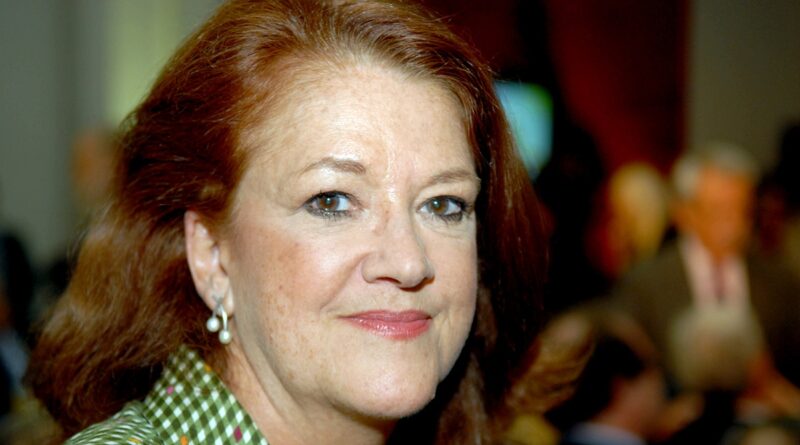 For veteran Argentine ambassador Alicia Castro, resigning over her government’s vote against Venezuela at the UN Human Rights Council was not a difficult decision, for as she wrote in her letter, “Anti-colonialism is… an ethical imperative”

Alicia Castro does not shy away from her views. She came to diplomacy from the trade union movement, where she was a leader when she was a flight attendant with Aerolíneas Argentinas. Castro spent eight years as a member of parliament in the Argentine National Congress, where she fought for the rights of working people. Ambassadorships in the United Kingdom and Venezuela culminated in the offer earlier this year of the post of Argentina’s ambassador to Russia.

While waiting to go to Russia to take up this position, Castro was angered when Argentina’s government voted against Venezuela in the United Nations Council for Human Rights on October 6. She resigned from her post and made her resignation letter public. “Today,” Castro wrote, “I want to present my resignation as ambassador because I do not agree with the current foreign relations policy.”

I spoke to Castro a week after she resigned from her position. She indicated to me that this was not a difficult decision. Rather, she would not have been able to serve her country’s government if she did not agree with its overall policy orientation toward its own sovereignty and the sovereignty of Latin America, the “Patria Grande” or the Great Homeland.

In July 2019, Michelle Bachelet, the UN high commissioner for human rights and former president of Chile, published a report on alleged human rights violations in Venezuela. The report had major gaps. For instance, it downplays the US sanctions, even ignoring that these unilateral sanctions were in place from 2008 and not from 2017; it fails to mention the many instances of violence instigated by the opposition such as in 2014, 2017, and 2019.

To move her agenda forward, Bachelet announced in December 2019 an agreement with the Venezuelan government to set up human rights offices inside Venezuela that would report on allegations of violations. It was clear that the issue of “human rights” was not being applied in a proper forensic and legal manner; it had become a political tool for the United States of America and its allies as part of a disinformation campaign against the Venezuelan government of Nicolas Maduro.

In September 2020, Bachelet appeared at the UN Human Rights Council to offer her view of violations inside Venezuela. This comes as Venezuela prepares for National Assembly elections on December 6. The United States has made it clear that it would like to interfere in the electoral process and push for the destabilization of Venezuelan politics.

An instrument for this interference is the Lima Group, set up in 2017 by Canada and a handful of Latin American countries; the Lima Group provides cover for the U.S. strategy of regime change against Venezuela. In September 2019, the Lima Group and the United States pressured the United Nations Human Rights Council to set up an Independent International Fact-Finding Mission on Venezuela; this mission was never “independent,” since it received its $5 million largely from the Lima Group countries. The report contained unverified information, mostly from social media accounts based outside Venezuela.

Argentina, under the previous right-wing government of Mauricio Macri, had been an integral part of the Lima Group. During the left-leaning President Alberto Fernández’s successful campaign in Argentina’s 2019 general election, he said that his foreign minister would be Felipe Solá; Solá, in turn, announced that Argentina would not leave the Lima Group even though it had been set up with the express purpose of regime change in Venezuela. On October 6, 2020, Argentina voted with the Lima Group for Resolution L.43 to extend the mandate of the fact-finding mission. It was this vote that set Alicia Castro’s teeth on edge.

“What is at stake here,” Castro told me, “are two very serious concerns.”

First, there is a general assault on democratic institutions across Latin America. We were speaking a few days before the election in Bolivia, where the leftist Movement for Socialism (MAS) won the election and reversed the coup d’état that overthrew the MAS government in November 2019. Across Latin America, coups of one kind or another—lawfare and hybrid wars—have been used against leftist political forces. Daily assassinations and intimidation of leftist leaders in Colombia seem not to have awoken the same kind of indignation from the governments of Peru and Brazil; they focus their attention—thanks to a magnifying glass provided by Washington, D.C.—on Venezuela.

Governments that are interested in reducing “the disgusting gap between rich and poor,” Castro said, are threatened with removal. This is what Lula (Brazil), Evo Morales (Bolivia), Rafael Correa (Ecuador), and Cristina Fernández de Kirchner (now vice-president of Argentina) endured. “The commercial news media and social media with its armies of trolls and bots play a central role in the demonization of popular leaders and the destabilization of democracy,” Castro said.

The second concern is that the Lima Group is driven by an agenda from North America and Europe. In her resignation letter, Alicia Castro referred to the Drago Doctrine. In 1902, Argentina’s Foreign Minister Luis María Drago objected when the United Kingdom, Germany, and Italy attempted a naval blockade against Venezuela to recover its investments; Drago said that armed intervention must never be allowed for the recovery of public debt and that the sovereignty of Latin America must be defended.

“It is particularly painful that Argentina voted together with the United Kingdom against Venezuela,” said Castro, given the conflict over the Malvinas Islands between the UK and Argentina. In 2012, when Castro was the ambassador to the UK, she challenged UK Foreign Minister William Hague over London’s failure to hold talks over the disputed islands.

For Argentina to join with the UK and to ride roughshod over the Drago Doctrine seemed a full violation of everything that defined its independent foreign policy.

Even worse, however, is the suggestion that Argentina’s government acted in the UN to please the wealthy bondholders who are in the midst of negotiations over the possibility of a default. It could well be a coincidence that the International Monetary Fund’s mission team (Julie Kozack and Luis Cubeddu) arrived in Buenos Aires on the day of the UN vote. Refinancing the $44 billion debt is the main issue before Argentina’s government, which is in no mood to sour relations with the U.S. Treasury Department as the discussion about timetables for repayment are ongoing.

Stung by Castro’s resignation, the Argentinian government said that the country “does not subscribe to” the general orientation of the Lima Group. This is welcome news, but it does not explain its UN vote on October 6.

“Anti-colonialism is… an ethical imperative,” Castro wrote in her resignation letter. This is a powerful sentence. It was an act of immense bravery for her to have resigned in such a public way. But her resignation has clarified for many people the importance of standing up straight in a world where too many people drop their shoulders before the arrogance of the powerful.