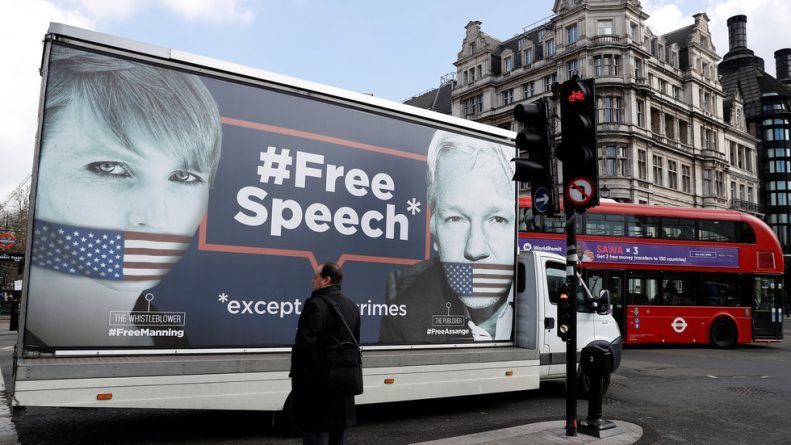 The Ecuadorean embassy in London is set to expel Julian Assange within “hours to days”, using the corruption scandal leaks as a pretext, WikiLeaks claimed, citing a high-level source in the South American country.

The government of Lenín Moreno, which has long been annoyed by Assange’s prolonged stay at its embassy in the UK, will use the so-called INA Papers leak as the pretext to oust the whistleblower from the safety of the diplomatic mission, WikiLeaks said. It added that the Ecuadorean government has already worked out Assange’s expulsion with UK authorities, which will result in the journalist’s arrest.

WikiLeaks to @AP: “If President Moreno wants to illegally terminate a refugee publisher’s asylum to cover up an offshore corruption scandal, history will not be kind,” https://t.co/XDKTvpRW3l

The corruption scandal which WikiLeaks referred to, it’s alleged that Moreno benefitted from an offshore account in Panama – allegations which the president strongly denies. On Tuesday the Ecuadorean leader once again attacked Assange and WikiLeaks, accusing them of hacking his phone and of intercepting “photos of my bedroom, what I eat, and how my wife and daughters and friends dance.”

Moreno also accused the WikiLeaks founder of “repeatedly violating” the terms of his asylum ever since he took refuge in Ecuador’s London embassy in 2012 to avoid being extradited to Sweden for questioning as part of a sexual assault investigation. While the case has since been closed, London still wants to arrest the 47-year-old for skipping his bail years ago. Assange fears he will immediately be extradited to the United States to face charges over WikiLeaks’ activities.

“US whistleblower Chelsea Manning, who the US government re-jailed a month ago to coerce her into a secret interrogation, as part of government efforts to prosecute @WikiLeaks, was moved out of solitary after filing appeals case,” WikiLeaks reminded followers in a Tweet.