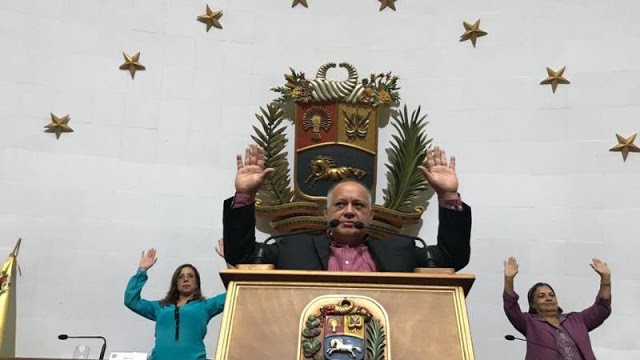 This material is preliminary and is subject to revision. It was developed by friends of the investigative journalism platform “La Tabla”, and we share it with our readers.

1.-Is Guaido no longer a deputy?
Answer: He is still a deputy. He has  lost his privileges but not dismissed as a parliamentarian. The Supreme Court,  when considering  in Full Chamber whether there is merit for trial, although this does not presuppose an opinion in advance as to the merits of the matter, the requirement defined by the constitutional text for the lifting or suspension of parliamentary immunity is undoubted.

2.- Can Guaido go to the AN and work as a deputy?
Answer: No. When parliamentary immunity is lifted, his privileges as a parliamentarian are suspended for the duration of the trial and until the final sentence.

3.-According to the Constitution, Guaido enjoys immunity and can not be prosecuted?
Answer: That is not true. The privilege or prerogative of the parliamentary immunity is not a shield for crime. The deputies can be prosecuted and punished for the crimes they commit.

4.-Does the ANC lack powers to prosecute Guaidó?
Answer: The National Constituent Assembly (ANC) does have the power to lift parliamentary immunity and order the prosecution of Guaido by the Full Chamber of the Supreme Court of Justice. The so-called “parliamentary immunity” is not absolute and by constitutional mandate (Article 7 of the Constitution), we are all subject to the Constitution. Being the current National Assembly in contempt, it lacks legitimacy to hear the request made by the Supreme Court of Justice (TSJ).

5.-After parliamentary immunity to Guaido, what comes next?
Answer: Now comes the trial of the parliamentarian before the Full Chamber of the TSJ. The Attorney General of the Republic will exercise the accusation, Guaido will appoint his lawyers. The date will be set for the respective hearing to take place. The trial will follow its procedural course according to the protocol until the final sentence that condemns or acquits the charges.

6.-A Guaido was fined with 200 Tax Units, what will happen with this measure?
Answer: Guaido must pay the fine.

7.-If Guaido flees the country, what happens?
Answer: He will be considered a fugitive from justice and an international arrest warrant will be issued against him.

8.-The Attorney of the Republic must be a party to the trial?
Answer: If the patrimonial interests of the Republic are compromised, it is bound by constitutional mandate to become an accusatory party in the process against deputy Guaido.