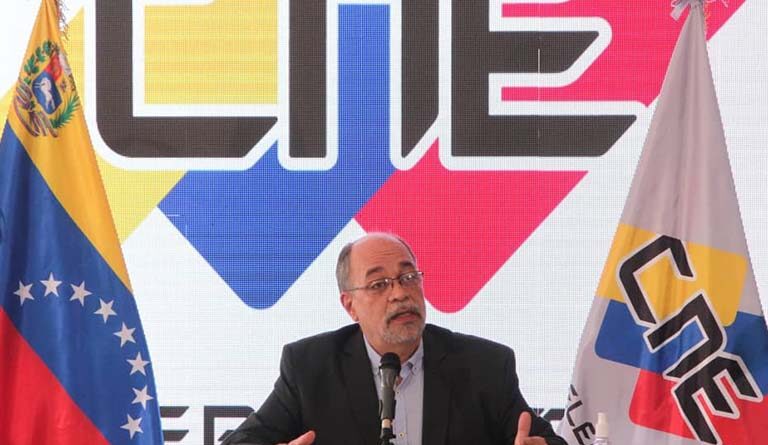 The president of the National Electoral Council (CNE), Pedro Calzadilla, reported this Monday, May 31, that at least 87 political organizations—35 national and 52 regional—have been certified for the regional elections on November 21. In addition, there are six organizations of Indigenous peoples on the national level, and 18 with regional status.

The highest representative of the Electoral Power reported that the witnesses of the different political parties were designated in the over two thousand locations for the Electoral Registry. “For the registration and updating, witnesses of the parties were designated in two thousand locations, guaranteeing that all organizations will observe (the registry update process).”

During a meeting with representatives of the various organizations with political purposes, at the headquarters of the electoral body, Calzadilla stressed that the leading role of the parties in this process is evident because the success of the electoral activity depends on them. “These organizations and other institutions have the obligation to provide a space for democratic life.”

Calzadilla pointed out that the electoral schedule has already started, and referred to the fact that this Tuesday, June 1, the registration process and updating of the Electoral Registry will begin.

“The electoral schedule is already underway, tomorrow a long and intense day begins to maximize the participation of all Venezuelans.”

The head rector of the CNE, Pedro Calzadilla, added that the next elections play a fundamental role in this task, since “they are not just any elections.”

He recalled that in November the regional and municipal authorities will be renewing the authorities of 23 governorates and 335 mayors. Also, according to the numbers of the last regional election, the posts of 251 male and female legislators, as well as some 2,459 city councilors, will be up for election.

Calzadilla stressed that the CNE will maintain close and permanent communication with all political organizations.

On May 20, the CNE announced that the permanent Electoral Registry (RE) will be opening between June 1 and July 15, with about a thousand locations throughout the national territory.