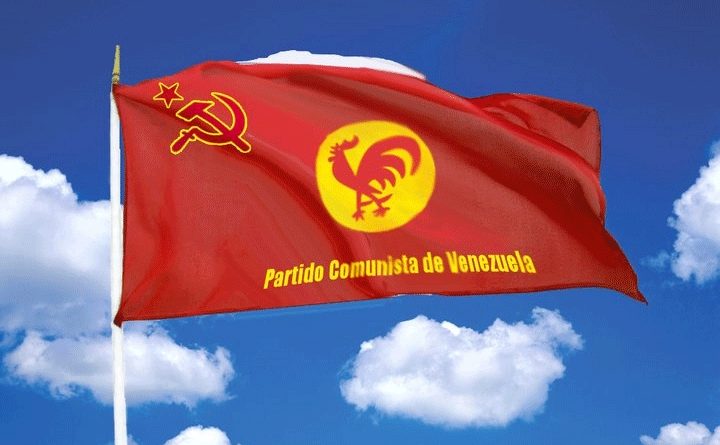 THE FUNDAMENTAL SOLUTION IS THE TAKING OF POWER

Popular Tribune.- The Communist Party of Venezuela (PCV) said that in Latin American countries that, like ours, live experiences of progressive processes, threatened by forces at the service of imperialist monopolies, but also extremely weak in the face of the inconsistencies of its reformist directions, the fundamental solution is the revolutionary seizure of power by the working class in alliance with the rest of the working people of the city and the countryside.

In view of the sharpening of the inter-imperialist and inter-capitalist world contradictions, and the crisis of the capitalist and dependent capitalist model of Venezuela, the PCV emphasized that the need for a revolutionary exit is evident, that is, in favor of popular interests and not of the bourgeoisie.

The Red Rooster Party has pointed out clearly that in our country the national government, contrary to its “revolutionary” rhetoric, applies economic liberalization policies and promotes flexible labor relations, pulverizing wages and favoring lucrative desires of various sectors of the capital.

Not surprisingly, the PCV said, on October 11, 2018, the Minister of Labor, Eduardo Piñate, issued Memorandum-Circular No. 2792 with the nefarious “Guidelines” that created a favorable framework for collective conventions to be deteriorated and destroyed individual and collective rights of workers, both in the public and private sectors.

The PCV has reiterated its demand that Maduro’s government adopts a different labor policy from the current one, that serves the workers to defend themselves against the bosses’ attacks but also so that the working class plays a leading role in Venezuelan social and political processes.

The communists demand that the infringed rights of all workers be restored, especially those who have been victims of unjustified and illegal suspensions and dismissals, as in the case of Coca-Cola Femsa, Polar, Cealco, Bicentennial Supplies, Sugar Plants, among many other public and private work entities.

In some cases, noted the PCV, the actions have been committed with the fraudulent application of article 148 of the Labor Law (LOTTT), with the complicity of officials in the Ministry of Labor.

For all these reasons, and for a manifest and repeated anti-worker and anti-union attitude, the PCV continues to demand President Maduro dismiss Minister Piñate and initiate a process of purification of all instances dependent on the Ministry of Labor, in coordination with the staff working there.

It also insists that immediately – together with a comprehensive policy of workers-popular control over the structures of costs, prices and profits – a progressive wage policy should be applied, which serves the workers to recover the purchasing power of the salary, taking as reference the price indices of the goods and services that constitute the basic basket, since currently the minimum wage is equivalent to less than two dollars a month.