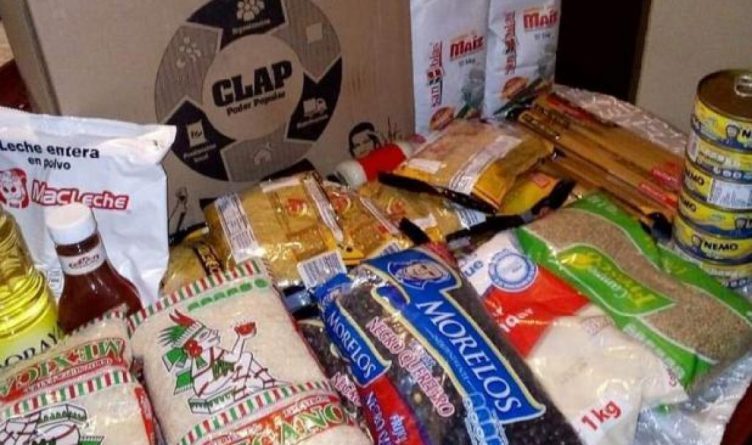 The national coordinator of the Local Supply and Production Committees (CLAP), Freddy Bernal, said on Tuesday in the TV show “Al Aire” in VTV, that “it is not possible” that the food box containing basic basket products arrive every 15 days – as ordered by the president of the Republic, Nicolás Maduro- to the 6 million households serve by this key social program.

During his participation in the program he indicated that at this moment this goal can not be met due to the negative effects caused by “the criminal war” against Venezuela, which is promoted by the Venezuelan opposition and that has generated a recrudescence of the economic, diplomatic and financial blockade against the country, with the aim of suffocating the population from all sides.

“Although President Nicolás Maduro has said that the CLAPs must be distributed every 15 days, that has not been possible, it must be said responsibly, and I am going to dare to say this: it is not possible to deliver it every 15 days due to the economic sanctions, the delay in the arrival of inputs and internal distribution mechanisms, we do not have the necessary logistics to get them, but the effort that can be done, although it is a tough battle we are fighting, is to managed to keep delivering it every month,” explained the head of the CLAP distribution.

In this regard, Bernal explained that the opposition has been responsible, that the United States impose unilateral sanctions on the shipping companies that load the CLAP products to Venezuela, a fact that limits access to them.

“The shipping companies that brought food from Mexico, out of 10 shipping companies 8 have been sanctioned. So a CLAP that was expected to arrive in a month now comes in three months, but also the payment mechanisms of CLAP in Mexico and other countries can no longer be used directly,” Bernal said, explaining that now the Venezuelan government must triangulate the payment through a third country, which affects its execution, that is, when the payment was made directly was executed in less than 20 days, now it can take between 40 and up to 60 days.

The population must know, said Bernal, that “when CLAP is delayed, the guilty party is Juan Guaidó, not Nicolás Maduro, because Nicolás Maduro is making the effort to bring food but the Venezuelan opposition is closing in on Venezuela.”

In addition, Bernal lamented that internal freight rates are reaching “almost unsustainable” levels of payment. “Freight is criminal, freight is worth more than boxes. For example, to pay a freight from Caracas to Táchira costs 1,000 million bolivars, it is a huge thing “.

Bernal said that they are currently incorporating the militia to achieve greater transparency in the distribution process of the CLAP.