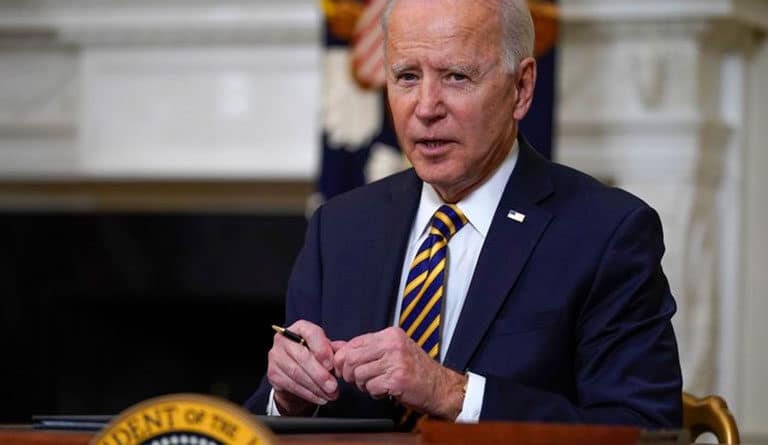 US President Joe Biden has extended Executive Order 13692 signed by Barack Obama in 2015, declaring Venezuela as “an unusual and extraordinary threat” to the North American country. The renewal of the order was signed on Tuesday, March 2 and published this Wednesday and maintains that the measure will continue after March 8, the date on which the document turns six years old.

“The situation in Venezuela continues to pose an unusual and extraordinary threat to the national security and foreign policy of the United States. Therefore, I have determined that it is necessary to continue with the national emergency declared in Decree 13692 with respect to the situation in Venezuela,” says part of the document that Biden sent to the Congress of his country to continue with the suffocation campaign against million of Venezuelans.

The new US president considers that the “threat” raised in 2015 “has not improved” with respect to Venezuela, which is why he decided to extend the sanctioning mechanism against the South American country.

The Executive Order that paved the way for more sanctions
After Barack Obama signed Executive Order 13692, the way was open for a series of sanctions and coercive measures to be imposed against the Venezuelan people.

Thus came Executive Order 13808, of August 24, 2017, which prohibits the direct or indirect purchase of securities from the Government of Venezuela.

On November 1, 2018, Executive Order 13850 was issued, which blocks assets and prohibits transactions by persons operating in the gold sector. Executive Order 13857, of January 25, 2019, designated Petróleos de Venezuela SA (PDVSA), its subsidiaries and associated entities as subject to sanctions by the United States, blocking the main source of revenues for the Venezuelan economy.

One of the last sanctions was issued through Executive Order 13884, of August 5, 2019, which transforms the coercive measures into an “embargo” and authorizes the application of secondary sanctions against companies or countries that have commercial relations with Venezuela.

In a recent visit to Venezuela by the United Nations Special Rapporteur for the effects of sanctions on human rights, Alena Douhan, a preliminary report was made public labeling sanctions as criminal and urging the lifting of all sanctions. A few days before, the US Government Accountability Office issued a report recognizing the negative effects of US sanctions on Venezuelan economy and on human rights.

Here is the full text of Joe Biden’s letter:

CONTINUATION OF THE NATIONAL EMERGENCY WITH RESPECT TO VENEZUELA

On March 8, 2015, the President issued Executive Order 13692, declaring a national emergency with respect to the situation in Venezuela, including the Government of Venezuela’s erosion of human rights guarantees, persecution of political opponents, curtailment of press freedoms, use of violence and human rights violations and abuses in response to antigovernment protests, and arbitrary arrest and detention of antigovernment protestors, as well as the exacerbating presence of significant government corruption.

This notice shall be published in the Federal Register and transmitted to the Congress.

Featured image: Biden considers Venezuela a threat to the security of his country. File photo.