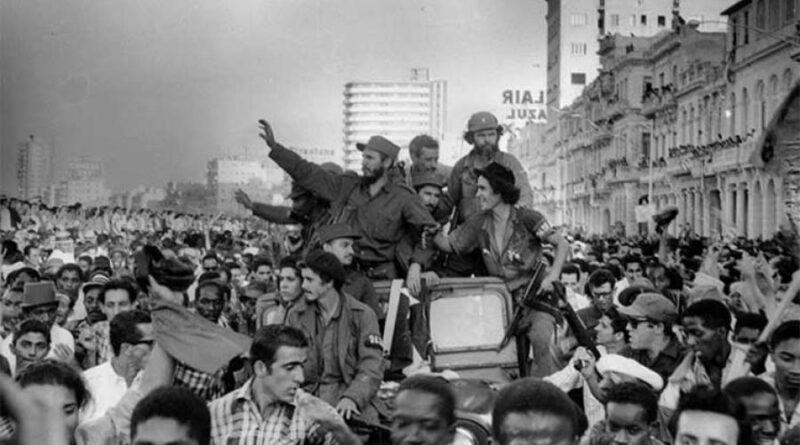 Humanity stands at a dangerous crossroads: a conflict between making profits and saving human life is clearly emerging, with the latter being sacrificed by the ruling class for the former. Even during a pandemic, the cogs of capitalism have not stopped working in their ruthless rhythm; hunger, wretched poverty, wealth concentration and vaccine imperialism have all moved in a frighteningly unified way, ripping apart the remaining semblances of a dignified existence. While earlier the political architecture carved by capitalists functioned as a democratic fig-leaf, it has become completely unresponsive today. The exigencies of an extremely monopolistic form of capitalism have corresponded to a centralized mode of authoritarian control aimed at containing class struggle. The political structures we currently have are aimed at invisibilizing the empty bellies of countless children and repressing the turmoil in the tin-shack settlements of the global poor.

Capitalism’s progressive putrefaction into a nakedly brutal system of pure oppression demands the discovery of new theoretical tools. Theory can’t maintain a sense of immunity from the cadences of changing conjunctures; it needs to be firmly tied to the specific concreteness of the existing period. Today’s situation calls for a powerful resurrection of revolutionary hope. One of the many functions of the bourgeoisie’s established order is to douse the dialectical fire of hope. Revolutionary hope threatens the fatalism and deterministic thinking so prevalent today. It foregrounds the inherent ability of the working class to vehemently destroy the zones of sheer exploitation built by capitalism. By showing to the subjugated subalterns the possibilities available to them, revolutionary hope binds them to the slogan raised by the Italian socialist weekly The New Order: “Educate yourselves because we will need all your intelligence. Rouse yourselves because we will need all your enthusiasm. Organize yourselves because we will need all your strength”.

For revolutionary hope to come into being, we need to discard determinism. Instead of dialectically locating an individual in the interconnected economic, political and cultural systems, institutions and structures, determinism considers him/her to be unilaterally influenced by it. A determinist conception is based on the dichotomous division of existence into an “external world” and “human consciousness”. In this conception, the external world and consciousness are two different components of human existence. They come in contact with each other only through causal and mechanical means. Both of them are individually isolated from one another, having been transformed into object in the technical sense G.W.F Hegel depicted as “rounded in itself as a formal totality and indifferent to determination by another.”

In response to the parcelized and static interpretation of existence offered by determinism, historical materialism offers us a framework where neither consciousness, nor the “exterior” world, has priority; we have no way of describing either of them prior to the moment of their encounter. The world is not “external” and distinct from human beings; the individual understood as “being-there” (to use Martin Heidegger’s terminology) belongs in the world by the very nature of its existence. Insofar as the world is integral to human existence, human beings can’t be understood apart from as a “being-in-the-world”. They are ensembles of social relations, closely intermeshed in their environment. Antonio Gramsci puts the point in the following way: “all hitherto existing philosophies [before Marxism]…conceive of man as an individual…It is on this point that it is necessary to reform the concept of man. It means that one must conceive of man as a series of active relationships (a process) in which individuality…is not…the only element to be taken into account. The humanity which is reflected in each individual is composed of…1. the individual; 2. other men; 3. the natural world.”

RELATED CONTENT: Pablo Hasel and Freedom of Speech for Communists

The composite constitution of an individual implies the interiorization of social determinations: interiorization of the relations of production, family background, the historical past, and the contemporary institutions. All these internalizations are then exteriorized in acts and options which necessarily refer us back to them. This means that economic structures do not cause human actions but become interiorized by humans as they act. Social relations are both the medium and the outcome of human interaction. Humans produce and reproduce social structures through their actions and these structures condition, enable and constrain human behavior and social action in society. Thus, abstract societal relations are instantiated, lived, enacted, reproduced and potentially challenged through processes of communication in everyday life.

The dynamic of interiorization-exteriorization highlights the fundamental fact that although human beings are affected by their circumstances, they are also the propelling force of history. As Jean Paul Sartre said, “Men make their history on the basis of real, prior conditions (among which we would include acquired characteristics, distortions imposed by the mode of work and of life, alienation, etc.), but it is the men who make it and not the prior conditions. Otherwise men would be merely the vehicles of inhuman forces which through them would govern the social world.” Since history has a subject (human beings), there always exists the possibility of breaking free from the shackles of contradictory forces. While structures do exist, EP Thompson states that their impact upon us can’t be understood “as pre-determined programming or the implantation of necessity, but as the ‘setting of limits’ and the ‘exerting of pressures.’”

The tangible manifestations of the complex interaction between structure and agency are reflected in the base-superstructure metaphor deployed by Karl Marx in his book “A Contribution to the Critique of Political Economy”. Widely misinterpreted as an instance of deterministic thinking, it is in fact a sophisticated conception of history, sensitive to the manifold movements of a societal totality. In a nuanced analysis of Marx’s topographical metaphor, Alasdair MacIntyre writes that the economic base of a society provides “a framework within which superstructures arise, a set of relations around which the human relations can entwine themselves, a kernel of human relationships from which all else grows…[in]creating the basis, you create the superstructure. These are not two activities but one.” In Marx’s view “the crucial character of the transition to socialism is not that it is a change in the economic base but that it is a revolutionary change in the relation of base to superstructure”.

Sartre defined a human being as “the totality of that he does not yet have, of all that he could have.” This definition emphasizes the centrality of the goal-directed life-activity of living individuals. A human being exists in the future, in the sense that it relates to itself in terms of the possibilities that it projects for itself. Sartre understands this to mean that human reality is limited by the aim it sets itself. It is by freely projecting the possibilities of one’s existence that one determines how one sees things, what function they have, and their place in the world. This means that consciousness towards objects is made possible by consciousness’ transcendence, its power to see objects in the light of its own possibilities that it projects into the future. In other words, consciousness sees things in a particular light because of its project which surpasses current reality and, in so doing, approaches it through negation. I see the world in terms of what it could be because I see it not in terms of what I am but in terms of what I could be.

In the current conjuncture, Marxism needs to intensively engage with the human being’s ability to engage in a conscious alteration (negation) and projection of that which is not yet real. Neoliberal capitalism has seeped into these spaces of an individual’s future-orientedness, ossifying it with its logic of fatalistic thinking. However, this does not signify a permanent closure of a radical future – in the words of Gramsci, “fatalism is nothing other than the clothing worn by real and active will when in a weak position.” Socialism needs to remove every iota of fatalism from the spaces of future so that a new aim can be constructed. This can happen only if the reality of revolutionary hope is fully recognized.