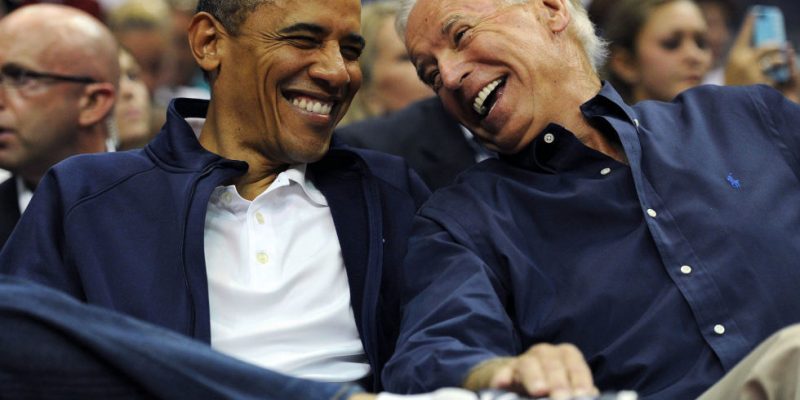 The Democratic frontrunner characterizes effort to overthrow the elected government of President Nicolas Maduro at gunpoint, as just another benign effort to “restore democracy” in Latin America.

Despite progressive critics and anti-war voices speaking forcefully against the Trump administration’s overt backing of the attempted coup d’état by rightwing opposition forces in Venezuela on Tuesday, 2020 Democratic frontrunner Joe Biden aligned himself with the White House by throwing his support behind the overthrow effort.

RELATED CONTENT: How the Media Distort News from Venezuela

“The violence in Venezuela today against peaceful protesters is criminal,” Biden tweeted on Tuesday. “Maduro’s regime is responsible for incredible suffering. The U.S. must stand with the National Assembly & Guaidó in their efforts to restore democracy through legitimate, internationally monitored elections.”

But what Biden embraced as an effort to “restore democracy,” many foreign policy experts—ones not willing to give the benefit of the doubt to people like national security advisor John Bolton, Secretary of State Mike Pompeo, and President Donald Trump—called something else entirely: a violent effort by Venezuela’s rightwing elites, led by Juan Guaidó, to overthrow the elected government of President Nicolas Maduro.

To people of conscience:

In subsequent comments during a campaign stop, Biden called for “calm” in Venezuela but also repeated the White House position that Maduro is not—despite his win in last year’s contested elections which the opposition largely boycotted—the legitimate leader of Venezuela:

Joe Biden on Venezuela: “What I think is ultimately required is for the international community to demand that there be free elections.” pic.twitter.com/2PVBdSDNwM

For critics, however, one of the salient dynamics about Biden’s announced support for the U.S.-backed coup in Venezuela in 2019 is what it suggests the former vice president has learned—or rather has not learned—about U.S. intervention (aka “meddling”) in the affairs of foreign nations since his support for the U.S. invasion of Iraq in 2003.

Interviewed by Democracy Now! early on Wednesday, economist and foreign policy expert Jeffrey Sachs, who directs the Center for Sustainable Development at Columbia University, and Professor Miguel Tinker Salas of Pomona College discussed what they both agree is the dangerous and counterproductive agenda that leaders like Trump, Bolten, Biden, and Pelosi are now pushing in Venezuela.

“What’s so stupid about these American policies, these neocon policies,” said Sachs, “is they do create disaster, but they don’t achieve even the political goals of these nasty people like Bolton. It’s not as if they’re effective and nasty; they’re completely ineffective and totally nasty at the same time.”

While acknowledging that Maduro has certainly made mistakes and legitimate criticisms of his government exist, Tinker Salas said the history of U.S. intervention in Latin America—not to mention elsewhere in the world— shows overthrowing governments in this manner “doesn’t produce the change that most people want. And what it does is it aggravates conditions for the majority of the population.”

Sachs—who last week released a detailed study along with economist Mark Weisbrot on the devastating impact that U.S.-imposed sanctions have had on the Venezuelan economy—added that people backing Guaidó and the coup effort are really just embracing “normal U.S. right-wing foreign policy, nothing different.”

“This is the same foreign policy that we saw throughout Latin America in the 20th century,” Sachs added. “It’s the same foreign policy that we saw catastrophically in the Middle East. This is Mr. Bolton. This is Mr. Bolton’s idea of diplomacy. This is Trump’s idea of diplomacy. You punch someone in the face. You crush your opponent. You try whatever way you can to get your way. It’s very simpleminded. It’s very crude.”

“And,” and concluded, “it never works. It just leads to catastrophe.”