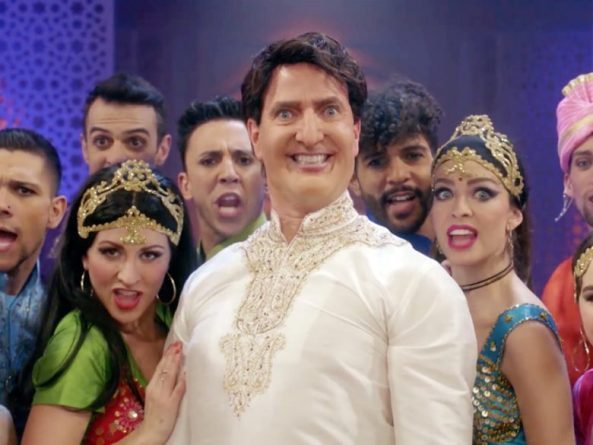 Relatives of 37 Saudis executed last week on alleged “terror” offences have accused the Canadian government of being complicit in the brutal killing in which some of the bodies were nailed to a post in a public location for several hours in a “crucifixion” position.

Their anger was directed at the government of Prime Minister Justin Trudeau which has a $15 billion arms deal with Riyadh. Relatives of the victims claiming asylum in Canada called on Ottawa to stop the sale of arms to the regime, saying that continuing to do so makes Canada complicit in the kingdom’s human rights abuses.

Speaking to CBC News one of the relatives described Saudi as a “regime” without “any red lines” adding: “How many times have we talked about Canada stopping arming or selling vehicles to Saudi Arabia?”

A brother of one of the victims revealed that ever since he last heard from his younger brother while he was in a Saudi jail three years ago, he had clung to the hope that the two might one day be reunited. Speaking to CBS News, he lamented that his hopes were dashed saying that he had a feeling his brother wouldn’t get out alive.

The families’ anger is now being directed at the Canadian government which has a lucrative arms deal worth $15 billion with the kingdom. The deal, first signed by the Harper government in 2014, includes the sale of 928 armoured vehicles, including those fitted with heavy assault cannons. The number was scaled back to 742 vehicles over Riyadh’s conduct in its war against Houthi rebels in Yemen.

The kingdom has been accused of committing war crimes in its campaign against the rebel group. The most recent UN report shedding light on the devastating humanitarian and economic impact of the war concluded that it set back human development in the country by more than 20 years.

Despite reports that Canadian weapons are used in the massacres currently being inflicted in Yemen, Trudeau has warned against leaving Canadians with a billion dollar price tag for walking away from the arms deal with Saudi Arabia.

In the wake of the last week’s mass execution a similar demand was made in the UK by the Campaign Against Arms Trade (CAAT). According CAAT the UK has licensed at least £4.7 billion worth of arms to the regime since the war in Yemen began in 2015, including: $3.5 billion worth of ML10 licences (Aircraft, helicopters, drones) $2.5 billion worth of ML4 licences (Grenades, bombs, missiles, countermeasures).

A spokesperson for the campaign group said: “One thing that the Crown Prince has been able to rely on is the uncritical political and military support of Theresa May, Jeremy Hunt and their colleagues. It is long past time for them to stop the arms sales and end their endorsement of this terrible regime.”