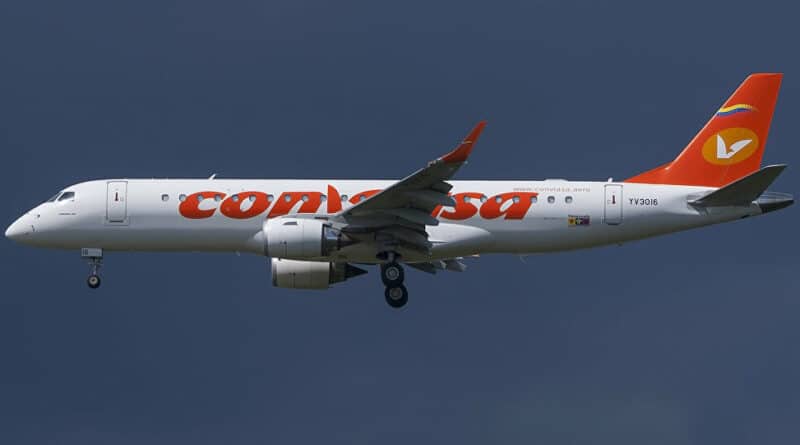 CARACAS (Sputnik) – The door that was opened for the Venezuelan airline Conviasa in Moscow is a great opportunity and a boost to the commercial relationship between both nations because it offers a route without intermediary airports, the vice chancellor of the South American country for Europe, Yván Gil, told Sputnik.

“If a Russian businessman has to come to Caracas, he must go through an intermediate airport in Western Europe, with the Conviasa flight there will be the opportunity that they can fly directly (…) it will reduce costs for Russian and Venezuelan companies who are doing business. It is a tremendous opportunity and we hope that this route can be operational very soon,” he told Sputnik.

The vice minister pointed out that the route also has cargo potential, so he believes it will be an important link between Russia and Latin America in commercial matters and will provide the opportunity for Venezuelan businessmen to export.

“This route will facilitate the exports of many goods and services that are made in Venezuela and that can be exported by air to Moscow, such as flowers, vegetables, fresh consumables, direct and also for the Venezuelan supply of many Russian products such as medicines, technology,” he added.

The Venezuelan airport, Gil stressed, “is one of the best in South America,” not only for the Moscow-Caracas connection, but also from the Venezuelan capital to other destinations both in the Caribbean and on the continent.

“We are exploiting in a very reasonable way that competitive advantage that the international airport (Simón Bolívar) of Maiquetía (La Guaira, north) has, one of the best airports in the region that operates with the best security standards, even giving greater guarantees to airlines,” he said.

The Russian aviation authority Rosaviatsia reported this Friday 7 that the Venezuelan airline Conviasa obtained authorization to operate direct flights between Moscow and Caracas.

According to Rosaviatsia, flight authorization is based on the agreement on air services signed in Caracas on November 26, 2008.

Gil explained that this is “very good news”, not only for the merchants and inhabitants of Russia and Venezuela, but also for the connections with the rest of the world, especially the Asian continent.

“The most outstanding thing is that it is the consolidation of a project of the new alliances of Venezuela with the world. Venezuela continues to maintain air connections with the rest of the world and will continue to maintain and take care of them, but this new connection is one more step in diversification and supply for Venezuelans,” he stated.

The vice chancellor did not offer details on when this new route will begin, but stressed that the talks between the Russian authorities and Conviasa “are well advanced”, so he hopes that “very soon” the start of operations will be announced, that, he explained, will also depend on the COVID-19 pandemic.

Regarding the meeting of the High Level Intergovernmental Commission (CIAN) that was scheduled for May in Caracas, Gil pointed out that it remains suspended due to the pandemic.

However, he stressed that the high-level meetings between Russia and Venezuela have been nurtured, citing as an example the visit that Foreign Minister Jorge Arreaza made to Moscow on June 23.