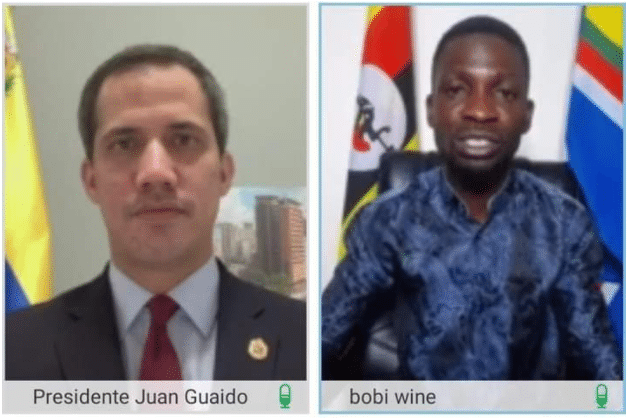 Today, I woke up to an unbelievable post on Twitter by Ugandan politician Robert Kyagulanyi Ssentamu, known by his stage name Bobi Wine. He is an artist turned politician with mass appeal for the Ugandan youth, due to his age and what he seemed to represent in his music and work in the Ugandan parliament. He ran for the presidency in the January 2021 elections, but was not declared the winner. The elections were not free and fair… and had many irregularities. The State even resorted to shutting off the Internet during elections to prevent monitoring of the rigging. Museveni is still president through a rigged election, and is still backed by the United States.

Bobi Wine, in my view, represents the voice of many Ugandans who are tired of US-backed dictator Yoweri Museveni, who has been in power since 1986—35 years. According to the UNDP, Uganda has the second youngest population in the world, with over 78% below 30 years of age, second only to Niger’s 83%. This explains, beyond the crimes of Museveni, why young people in Uganda would support Wine.

Bobi Wine leads the National Unity Platform, with similar tendencies as South Africa’s EFF of Malema. They were able to earn the respect of the people with grassroots work speaking to the needs of the masses through populist rhetoric. It’s unclear what the NUP position is on the Congo wars and Uganda’s militaristic and expansionist agenda in the Great Lakes Region of Africa.

Bobi Wine and his family have suffered tremendously. His wife was publicly abused and humiliated by Ugandan security forces as they disrobed her in public and assaulted her, something that until today has not been addressed, nor has anyone been held accountable.

Bobi Wine has been arrested numerous times, tortured to the point where he couldn’t walk and people of goodwill helped get him out of Uganda for medical treatment. He came to the US, was treated and helped by many great people who believed in what he represented. I suspect that during his time in the US he made connections with questionable people, probably tied to the US government, whom I believe connected him to the US-backed Venezuelan stooge Juan Guaidó.

Why would the US be after Wine? It’s simple: the future of the world is in Africa, and the youth of Africa are the leaders of tomorrow. Since the creation of Barack Obama’s Young African Leadership Initiative (YALI), I’ve been among those who have criticized the depoliticized implementation of this program, that now holds close to a million young Africans, without even challenging the way the US treats Black people. People who look like us are killed every day by the police while the State Department uses taxpayers’ money to indoctrinate these youths. My question has always been: what will these young people do when the US asks them to make a compromising decision against the interests of their own people, or against the oppressed people of the world?

Bobi Wine answered that question today. On his Twitter page he referred to Juan Guaidó as the president of Venezuela. Guaidó is not the president of Venezuela. He is a right-wing imposter and crook who went into the middle of the street somewhere in Caracas and declared himself president of Venezuela. The US recognized this and have been backing him. This man hired US mercenaries to stage a coup in Venezuela and the people caught these mercenaries. He has been a stooge of the US in such an embarrassing way that it doesn’t take much effort to find information about who he is and what he has done. In the last election this past December, Guaidó and his supporters lost the elections and lost control of the parliament, which they used as a way to claim they’re legitimacy in Venezuela. The European Union is no longer recognizing him as president. The US and the UK still do.

Beyond my understanding of Venezuelan politics—not just from reading about them but also from having been in the country a few times in the past three years—it’s really important for Africans to understand that right now the lines are being drawn in the sand. We must choose a side, and slowly some Africans are showing their puppet tendencies. We the people must remain clear about what’s at stake!

General Yoweri Museveni of Uganda must go. He’s been in power for 35 years. He has arrested and killed many Ugandans who stood in his way. He has invaded other African countries like South Sudan, Rwanda and Congo. The International Court of Justice in 2005 found Uganda guilty of committing war crimes and fined the country $10 billion, which they have yet to pay. Unfortunately, Museveni is a US ally in the so-called “War on Terror,” with Ugandan troops serving in Iraq and Afghanistan as mercenaries for hire on behalf of the US. Additionally, the US military used Entebbe airport as headquarters for their attack against Libya when they toppled Gaddafi. That same site serves as a US drone base as well, a source in Uganda reported.

So I’m clear that Museveni must go, and be held accountable for his crimes.

But we cannot replace a US puppet with another US puppet. Why am I harsh on Bobi Wine? This is about the future of Africa. Not just Uganda. Decisions in Kampala affect the Congo. I would hate to imagine that 20 years from now—if he’s leading Uganda in any government position—Wine would go to the African Union and promote an illegitimate US puppet in Latin America like Guaidó, to connect with Africans.

Africans have always been part of the non-aligned movement. We support the Palestinian people in their quest for freedom and dignity. We stand with our brothers and sisters in Western Sahara who are fighting Moroccan colonialism. We are forever in solidarity with the Cubans who sacrificed their lives in Quito Canavale and defeated the apartheid regime’s mercenaries, pursuing them back from Angola to Pretoria. We stand with the people of Venezuela who have suffered so much for the past few years, due to the Obama sanctions that have killed over 40,000 Venezuelans.

This faux pas by Bobi Wine is a reminder that we must teach our youth proper history and make sure they understand the ideology that will liberate us from the shackles of the neo-colonialism we are still suffering from.

My convictions are grounded in Nkrumah’s development plan for Ghana, and in the ideals of Patrice Lumumba. That grounding is:

1.Take control of our land and resources.

2.Exploit the land and resources.

3.Take the proceeds of this exploitation and share it equitably to develop our country by building much-needed infrastructure and providing much-needed services to the people for free, such as food, shelter, healthcare, education, etc.

We must remain vigilant and continue to fight for a free and liberated Africa.

But for Venezuela… my beloved Venezuela… We on the African continent need to really understand the revolution that came with Chávez. The people of Venezuela lived in a land where the profit of the oil exploitation went to a few families, the elite, and corporations, while people literally starved. Recall that Venezuela has the largest oil reserves in the world today. Through their will, inspired by the historic figure of Simón Bolívar, the Venezuelan people, alongside Hugo Chávez and his comrades, stood up to change their country’s trajectory and rebuilt a new society: a society where education is free up until today, where food was no longer a privilege with their food distribution programs in neighborhoods, where clothing was accessible—as still being done in the El Panal Commune with its own textile factory—where healthcare was free, as the government still does today—they even paid for cancer treatments of their citizens abroad… All of this simply with the reorganization of the distribution of oil profits. The attacks on Venezuela since Chávez’s time have been brutal. Beside the failed coup of Bush, and more recently the failed coup under the Trump administration, the people of Venezuela that I have met, broken bread with, and continue to build a new world with, educated me on why they are fighting to make sure the Bolivarian Revolution succeeds. They told me: “Kambale… we are not fighting for a politician. We are not fighting for a political party. We are fighting for our lives. We remember the 90s. We know now that life can be different, and we refuse to go back to the misery we lived. We stand and will die for our future and the future of our children!” Hearing this, I’ve made it a mission to tell the story of the Venezuelan people. They are fighting to show us that a new world is possible.

I support the Venezuelan people. I do not support the US-backed stooge Juan Guaidó. I stand with Ugandans rising up to transform their country. I don’t stand with opportunistic politicians trying to cut deals with the US or supporting US agents destabilizing countries around the world, be it in Kinshasa with Felix Tshisekedi, or in Caracas with Juan Guaidó. 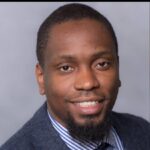 Kambale Musavuli is an international human rights advocate, activist and journalist from the Democratic Republic of the Congo. He hosts the Peoples Dispatch podcast Dispatches From The Congo and works as an analyst for the Center for Research on the Congo.

Kambale Musavuli is an international human rights advocate, activist and journalist from the Democratic Republic of the Congo. He hosts the Peoples Dispatch podcast Dispatches From The Congo and works as an analyst for the Center for Research on the Congo.