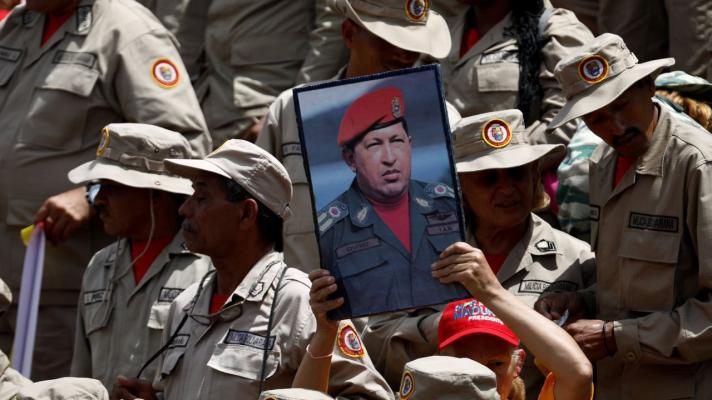 Do you remember when you went to China to sign agreements with that country of which we only knew “special” rice, egg rolls and kung fu? I remember the mockery in all the talk shows on TV, the brainy commentators saying that you had to be crazy to go so far, when here, up there, was the best of the markets, “our natural market,” the gringo market, “the largest economy in the world,” under whose wings we had to get like weak trembling chicks and allow ourselves to be tamed. How were we going to do that to the poor gringos? What a shame this man!

The same happened when you went to Russia and Iran! Tell me that, you became friends with Ahmadinejad, who, by the way, is still the great guy he always was. What is he going to look for there, apart from problems? uttered hotly the TV commentators with submissive resignation. If the world is the way it is, we must not be creative… it is dangerous, they will see… and they showed us their teeth and claws… and we showed them ours, do you remember? “Go to hell, you fucking gringos. Go to hell for ever!”

The 21st century found us united, fighting not to be dominated, as our General Perón warned us, but not so strongly united that they could not divide us. Among our regional leaders that modesty still weighed, that care not to touch that corset tailored to others, that sacred rope around the neck of our peoples that they call (bourgeois) democracy and that only applies to us, and never to those who impose it on us. But what am I telling you that you don’t know! What I don’t know if you knew is that one by one the friendly [Latin American] governments were dynamited from within, through betrayals, political miscalculations, hesitations, deceptions… and you were not with us…

Nicolás and we, at times, many times, suffer the neglect of our regional friends. All, one by one, fell into the trap imposed by our common enemy—that Venezuela was a country that nobody wanted to be. Venezuela is the plague.

I know that it causes indignation, but more than indignation, sadness, because we all knew that we got united in order not to be dominated anymore, and yet, what I do know is what happened to our brothers’ heads—taking advantage of the hesitation and the dissimulation, the formidable enemy did not hesitate to stick its furious claw into them and now our peoples are paying the consequences.

It is we, the people, who always pay the consequences, you know. Because the oligarchy returned with vengeance. It returned to Argentina to sweep away within a few months the Decade Gained, and tied up the Argentine people with an unpayable debt of one hundred years. They returned to Ecuador and did the same. They returned to Brazil and pulverized Lula and everything that smelled of Lula. They returned to Bolivia! The most painful return of all, which we saw as if in slow motion long before it happened. That I think you would never have imagined in any of your visions of the future.

We the people always pay. There because they returned, here because we did not let them return. Here they finally made official—and hardened—the inevitable blockade that must be the fate of rebellious peoples.

All the attacks of which you warned us have come. And guess who won’t let us die? You know it, those countries that allegedly had nothing to do with us. Those who in your futuristic delusion would redefine the imposed order and would shape a multipolar world. But the madman was you, you know…

They punish us, and with each blow we grow, we reinvent ourselves. If I told you that we are living without oil income, would you believe me? Of course you would believe me. You knew we could do it. We were the ones who did not dare believe it.

We did not believe, and some still do not believe, how great we can be, how strong, how courageous; because with you in front, as a shield, everyone was brave, all super Patria o muerte, but when it was necessary to put our bodies in the line of fire, when each one of us had to be a little you, things became more complicated, more distressing…

Eight years have passed since you changed the way of your being with us, since we all had to be a little bit you…eight years of fierce attacks, disappointments, pain, sadness, longings, but here we stand, still fighting with all our heart and soul, with that “ardor,” that flame that never goes out… Here we are, my cute Presi, reaching the Bicentennial of Carabobo the way you told us—living and winning.

Because you believed in us before we believed in ourselves, in each of our struggles and victories, big or small, you are living.

Eight years always with you, Chavistamente…