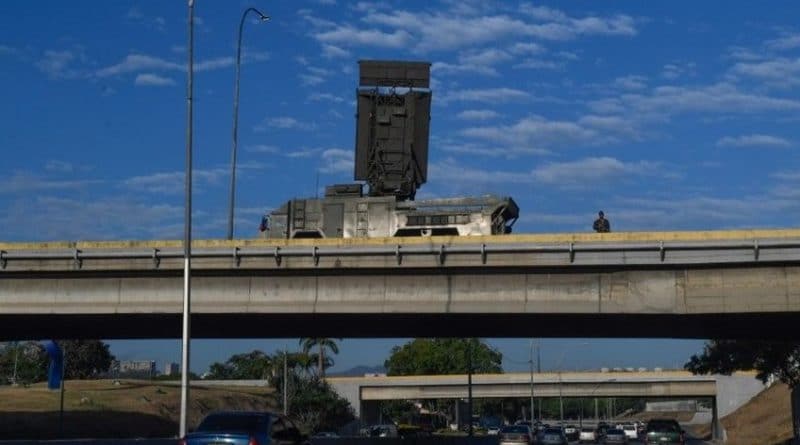 First military drills in Venezuela this year, “Bolivarian Shield 2020” has created a lot of noise specially among right wingers inside and outside Venezuela trying to diminish the Civic-Military Unity and the weight of the Venezuelan militia.

The drill was launched amid recurrent US threats against Venezuela, the most recent one directed by Donald Trump in his State of the Union address (SOTU), stating that he will “smash” Venezuela’s constitutional government of President Nicolas Maduro.

In parallel, Colombia’s Ivan Duque is increasingly attacking Venezuela and allegedly training terrorist groups in its territory to destabilize the South American country while the ELN guerrillas have declared an “armed strike” in Colombia that have local authorities in complete distress.

On the Altamira bridge, located in the Chacao municipality of Caracas, a radar was installed that is part of the 2020 Bolivarian Shield civic-military operation, which the Bolivarian government develops this weekend in order to defend the Homeland.

In this deployment – which takes place in different regions of the country – 2.4 million troops from the Bolivarian National Armed Forces (FANB) and the Bolivarian Militia participate.

Among the maneuvers to be carried out is the activation of missile and rocket systems, as well as air and land defense systems to preserve the integrity of the national territory.