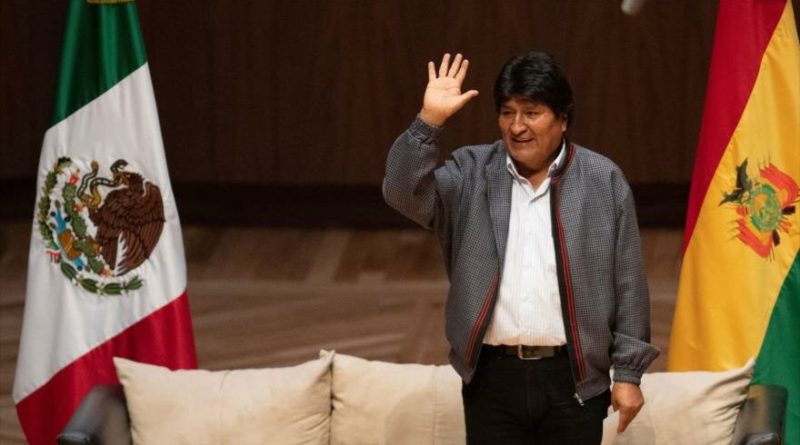 The deposed president of Bolivia, Evo Morales, will be the campaign leader of his party in the next elections if the de facto government allows his return.

“If the government allows his return, (Morales) will be our campaign manager,” the president of the Chamber of Deputies and deputy of the Movement to Socialism (MAS), Sergio Choque, announced in a Monday press conference, according to a Bolivian newspaper.

Choque explained to reporters that the reason for such determination is that Morales remains the president of the MAS and, therefore, his cadre continues to coordinate decisions of the party with him ahead of the anticipated general elections scheduled for March 2020.

RELATED CONTENT: The US Will Help the “Legitimate Governments” of Latin America to Prevent Protests “From Becoming Uprisings”

The indigenous leader has expressed his desire to return to Bolivia, although he has given up running as a presidential candidate from MAS. In fact, the agreement that his party and other political formations have reached in the Bolivian Congress to hold new elections disables him from running in the elections.

In this sense, Morales’ MAS colleague has confirmed that, apart from legal considerations and “in a gesture in favor of the pacification of the country,” Morales has informed the MAS that neither he nor his vice president Álvaro García Linera will be candidates again.

From Mexico, where he has been since November 11, Morales said Sunday that he is focused on the MAS campaign strategy for the upcoming elections by being in contact with the party leaders.

RELATED CONTENT: The pro-Evo Upheaval in Bolivia: How is it Affecting the Canadian Political Scene?

On November 10, Morales announced the repetition of the presidential elections after the Organization of American States (OAS) announced irregularities (never presented to the public) in the elections last October 20, in which he was re-elected for a fourth term. However, after announcing his decision, under pressure from police and military, Morales resigned from the presidency, after almost 14 years in power, for peace in his country, where his party members were targets of violence.

Following the forced resignation of Morales, opposition senator Jeanine Áñez declared herself the interim president of the country without the necessary legislative quorum.

The de facto government, in an attempt to degrade Morales’ image, accused him immediately of the crimes of sedition and terrorism, for allegedly leading the protests that followed the recent coup d’etat against him and in which more than 30 anti-government protesters died.