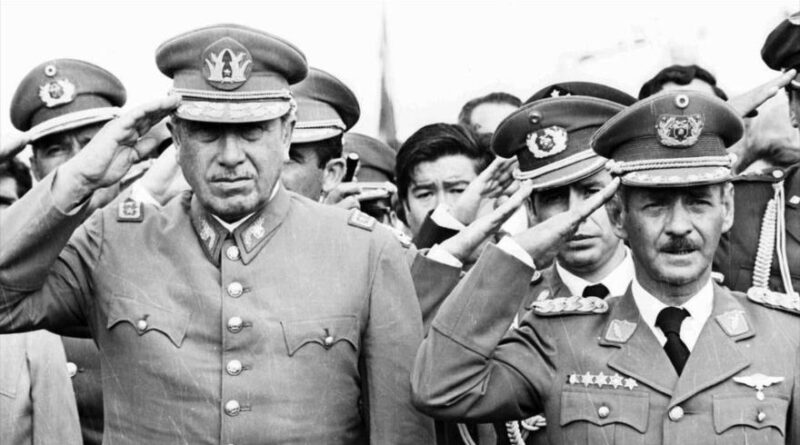 On August 21 1971, the most extensive coup in Bolivia’s history began. It lasted seven years and toppled the nationalist general Juan José Torres who was assassinated in 1976 in Argentina by a military task force made up of military and paramilitary torture, disappearance and finally the dictatorship ended by death squad.

Coronel Hugo Banzer Suárez demolished the emerging people’s project that governed Bolivia by an unorthodox alliance headed by a progressive general, the Central Obrera Boliviana (COB – the union federation) and leftist movements that dared to install a People’s Assembly in the actual chamber of the National Congress.

In only 11 months, the “general of the poor”, as Torres was called, nationalized the Matilde Mines, expelled the U.S. Peace Corps, created the State Development Corporation and the State Bank. Banzer’s dictatorship reverted to fraternal relations with the United States and to the politics as usual of turning over to them the natural resources and national heritage. He left 465 murdered, 667 in exile, and thousands of torture victims.

Today, many of the survivors and family members of the victims had to remember this tragic anniversary under a new coup regime that overthrew the government of Evo Morales on November 10, 2019. According to the Defensoría del Pueblo – the office of protection of citizens’ rights – “the observance of the UN treaties is imperiled by the systematic government behavior of violation of human rights, leaving 35 dead, 833 wounded and 1504 arrested or detained.”

One of the principle representatives of the de facto rule of Jeanine Áñez summed up in a phrase the classic pattern and mentality of Latin American dictatorships. It was the Minister of Defense, Luis Fernando López, who threatened a citizen in the public streets; “I could make you disappear in ten seconds,” he said.

Six members of the Campero Marañón family were victims of the Banzer dictatorship. Almost 50 years afterward, one of them, Fernando, recently died in exile in Cuba, where he was accompanied by his wife and his daughter, Ariana Campero Nava, former Minister of Health for Evo Morales. She recalled the agonizing repeat of the “years of lead” on Twitter: “A painful August for our family and above all for those who were in the resistance together with Fernando, my papa. Here is the testimony that he wrote years ago; may it act as incentive to reclaim our people’s democracy. “Hasta siempre, companion of my soul.”

Her reference was to her father’s work “Viva el Chato” written between 2008 and 2009 with the purpose of “rescuing the historical memory of a whole family who lived through the hard times of the dictatorship.” Fernando explains in the text that his motivation for leaving testimony arose when a young comrade asked “What would happen if the processes of change led by government of Evo Morales suffered a coup?” and “whether we would be prepared to resist it.” “Thinking about a possible answer, I believed that it was necessary to write these few lines, which, as a personal experience, I will always consider to be part of our collective history. This is why I thought it necessary to respond to the question.”

In this document, Fernando Campero Marañón, remembers his mother Bertha, “the mother of ten children, of whom five were imprisoned by the dictatorship, and one of them, Marcos, was tortured to the point that he remained in a wheelchair the rest of his life. I always knew of her sufferings, of the deprivations she experienced in order to see her sons in prison. Perhaps one never can fully realize what she felt and lived through – the mistreatment by the dictators, the pressures placed on her, the insults and taunts, the long trips to request permission for visits, walking kilometers to arrive with her encouragement to the Chonchocoro Jail. I have no doubt at all that she became one more fighter against fascism. I never added up the days and months of my imprisonment; I always knew that I had to convert all time spent in the hands of the jailers into useful time and that I had to learn to live those moments that life makes difficult for us.”

Ruth Llanos is the Executive Secretary of the Association of Relatives of the Detained and Disappeared and Martyrs for National Liberation (Asofamd) . She is the wife of Ricardo Navarro, one of the eight members of the National Leadership of the Left Revolution (MIR) who were assassinated on January 15, 1981 by the narco-dictatorship of Luis García Meza. “Now in the Áñez regime, I am again living in a situation of repression like that of the Banzer and García Meza regimes. I never thought that at my age I would have to live through a third coup,” lamented this human rights defender in an interview with SANGRRE, an anti-fascist publishing effort.

“For those of us who lived through the past military dictatorships, what is happening today in Bolivia takes us back painfully to all the forms of persecution, and of harassment that organizations and family members suffered,” Llanos stated.

She went on to say that, “For the organization Asofamd the coups of Banzer and García Meza suggest a parallel situation to what we are currently experiencing; repression is being justified by referring to the enemy within, the seditious, the terrorists. Today, like in former days, we have arbitrary detentions, imprisonment without due process, women being raped and closing down the means of communication.”

She warns that “They attack us on social media; they deny the violations of human rights; they praise the military; they cheer for Banzer and García Meza; they celebrate the return to irrational hard-core violence.”

For Llanos, “We are living in a world very similar to that described by George Orwell in 1984, in which they want to make us believe that war is peace, that slavery is freedom and that dictatorship is democracy. In confronting this situation, organizations like ours have the enormous task of fighting against deliberate amnesia, denial mentality, and relativism”.

Leonardo Benito Peña is the son of Irene Nélida Peña, a nurse from Argentina who was the union delegate of the Güemes Sanitorium and of Cosme Benito, a doctor from Bolivia who was the union delegate of the San Martín Teaching Hospital; both were active members of the Socialist Workers Party (PST) and of the People’s Revolutionary Army (ERP). Both were kidnapped on September 16 1976 from their home at 236 Gonzalez Chavez, Matadero, under the auspices of Plan Condor. The family believes that they were taken to the concentration camp at Automotores Orletti. Their pain is made worse by the possibility that Nélida may have been pregnant at the time she was kidnapped.

“At the end of the afternoon, a Task Force squad broke into the house and identified themselves. My mother reacted, indicating that her father was elderly and that another comrade of the Party who was holding me in her arms was only a neighbor and I was her son. That saved my life. I was a year and eight months old. Because of the massive repression, I was with my maternal grandfather in Mataderos for only a very short time. My uncles took me to Quilmes for safety. My father’s younger brother, Fortunata Benito, came there from Bolivia and got me out of the country secretly.” Benito Peña recalls from Argentina for SANGRRE . “I arrived in Bolivia when I was almost three, and I grew up there separated from my brothers and sisters, whose names I didn’t know, and I had no contact with my mother’s family. Thanks to the organization Defense for Children International and the support of Asofamd my aunt was able to get me naturalized as a Bolivian citizen and I received identity documents when I was eight years old.”

Benito Peña has been a member of Asofamd since he was sixteen. “Now it is nearly 50 years since the coup, there has been no justice done, there has been no holistic policy put into place to restore the historical memory that might guarantee the avoidance of repetition of crimes against humanity. It is very painful to see this inaction, the pact of silence, the denial mentality, the racism and hatred that came with the new coup in November 2019, with serious violations of human rights. These violations, such as the massacres committed by the militias and armed forces in Senkata and Sacaba should be prosecuted, along with the persecution, the arbitrary and extra-judicial detentions, the tortures, and the cruel, inhuman and degrading treatment.”

Marcelo Quiroga Santa Cruz, a noted intellectual, writer, and political leader was assassinated by the Luis García Meza dictatorship on July 17, 1980. Two years before that, in a radio interview, he said, “I believe there is no other country in Latin America like Bolivia, where such painful contrasts are observed between a privileged minority, owner and exploiter of the national wealth and concentrating for their own use all the riches gained from that exploitation of the national majorities.”

Fifty years, three testimonies of resistance and struggle. Three words are printed on the wall: Truth, Memory, Justice. And the unending shouts: “NO more dictatorships!”