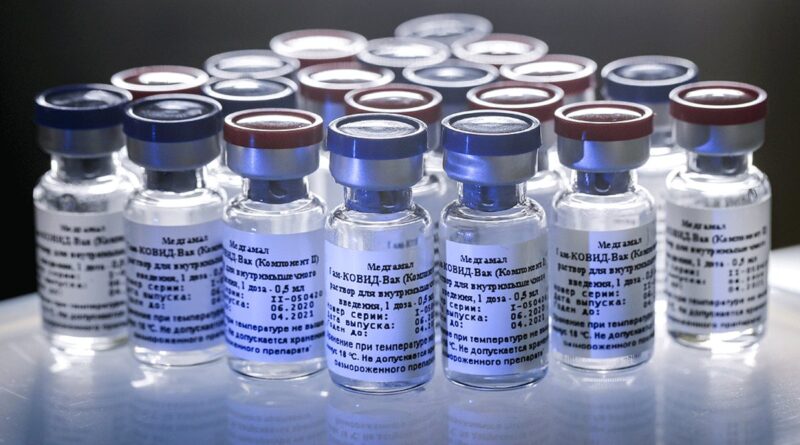 The United States has added several Russian research institutes to the sanctions lists, including the 48th Research Institute of the Ministry of Defense, which participated in the work on the Covid-19 vaccine.

The Bureau of Industry and Security of the US Department of Commerce blacklisted the 33rd Central Research and Testing Institute and the 48th Central Research Institute of the Ministry of Defense of Russia, as well as the State Institute of Moscow Organic Chemistry and Technology Scientific Research. The corresponding notice was published this Wednesday in the Federal Register, which collects official documents of the United States government.

Regarding the 48th Central Research Institute, restrictive measures are imposed on its three facilities located in the cities of Sergiyev Posad and Yekaterinburg and in the Kirov region. Precisely this institute participated in the work on the Sputnik V vaccine together with the Gamaleya National Research Center for Epidemiology and Microbiology.

In total 60 organizations from China, France, Indonesia, Malaysia, Oman, Pakistan, Switzerland and the United Arab Emirates have been blacklisted. “The United States government has considered that these 60 institutions are acting against the interests of national security or the foreign policy of the United States,” the document reads.

The current decision of the US regime means a tightening of US export controls in relation to the institutions mentioned in the black list. In this way, Russian entities on the list will be denied legal access to US dual-use products and technologies.

In the opinion of the political analyst and director of the Geopolitical Dossier, Carlos Alberto Pereyra Mele, Trump attacks Russia seeking to achieve political goals on the eve of the presidential elections.