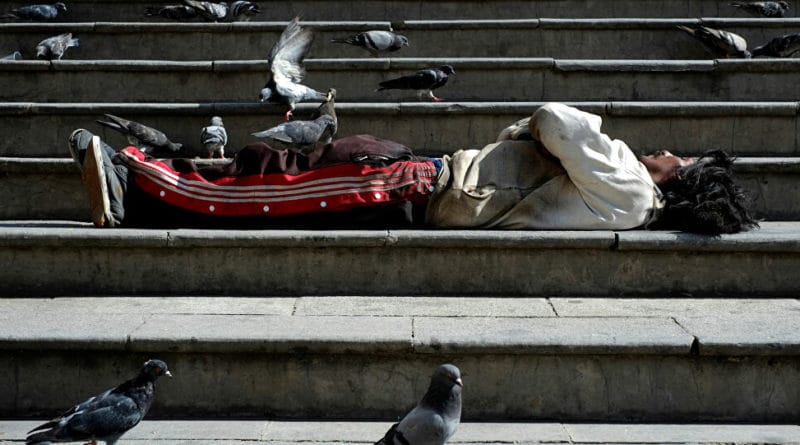 The COVID-19 pandemic has prompted Bolivia’s de facto government in La Paz to postpone the snap elections scheduled for 3 May. The outbreak, however, has not halted the Bolivian political struggle that has been simmering in the country since the November coup and ouster of former president Evo Morales.

While Bolivia reports just 703 confirmed COVID-19 cases and 43 coronavirus-related deaths, these figures could be misleading due to the insufficient number of tests conducted in the landlocked South American country of over 11.3 million, says Alberto Echazu, a political analyst and journalist with La Resistencia Bolivia, shedding light on the situation in the country and ongoing clashes between La Paz and Evo Morales’ Movement Towards Socialism (MAS).

Sputnik: How do you assess the handling of the coronavirus situation by the de facto Anez government? Under Evo Morales, a universal healthcare system was introduced in the country; is this system still up and running? How does La Paz’ decision to expel hundreds of Cuban doctors in November 2019 affect the country’s medical care in general?

RELATED CONTENT: Orinoco Tribune is Getting Married – You are All Invited

Alberto Echazu: The de facto government has shown its incapacity in the handling of the pandemic, and is aggravating the situation by making improvised decisions. The government’s economic policy has created a serious crisis for the lower classes, as they simply cannot stay at home during the quarantine. A large part of the population makes its living on a daily basis as they rely on trade activities and can’t afford to miss a single working day. Their need to go out during the lockdown is leaving them in a vulnerable situation. This situation is caused by the de facto regime that believes that a couple of bonds, which even put together don´t make the amount of a minimum wage, are enough to sustain a household.

On the other hand, the health and sanitary situation is just as bad, as Bolivia is the country with the fewest nunber of tests done in South America, making the number of COVID-19 cases deceptively low as a result of the regime´s policy of only performing tests on people who show symptoms. This fact has prompted suspicion that the real number of cases (and this could also mean deaths) is higher than what the official data says.

The universal healthcare programme is not used, and this, together with the expulsion of the contingent of Cuban doctors, has undermined the capacity of [Bolivia’s] health system. There is an alarming shortage of biosecurity equipment and medical personnel, which have triggered repeated protests by health workers in many regions of the country against the government’s handling of the pandemic.

Sputnik: How does the pandemic affect the political standoff between MAS and the de facto government? Do purges of left-leaning activists, politicians and media continue amid the lockdown regime in Bolivia?

Alberto Echazu: The regime is using the pandemic for its own purposes. The main objective of the de facto government is to postpone the elections indefinitely, and there even have been reports about their intention to postpone it until the next year. Their plan is to extend their hold of power for as long as they can, using the state apparatus to propel Anez’s candidature.

In the meantime, they proceed with the persecution of MAS leaders and militants, but now the government is criminalising MAS’s solidarity with poor people. Two of the most prominent MAS leaders, Andrónico Rodríguez and Patricia Arce, have been targeted by the regime for bringing food to the people who need it the most. Patricia Arce was detained by the police, taken out of her house in the middle of the night along with her children, and accused of breaking the quarantine.

The objective is to pinpoint MAS and its main figures as being responsible for any infringement of the quarantine in their attempt to provide food to those in need. Previously, Arce, the mayor of Vinto in Cochabamba, who has gained wide support as a symbol of the resistance against fascism, was a victim of abuse during the November coup.

Yesterday, the police showed the spoils of its infamous “cyber-raking”: a young man was captured after being confirmed as the perpetrator of a major cyber-crime, that is, organising social media groups favouring MAS. The persecution and criminalisation have not stopped; on the contrary, they have intensified.

Bolivia's regime continues to clampdown on freedom of speech.

This is Mauricio Jara, he's in prison now, his crimes include having created 7 left-wing WhatsApp groups, and calling the Añez regime a 'dictatorship': https://t.co/bNWaNEXKdP pic.twitter.com/Rtm49JPIg6

​Sputnik: What was behind the economic restrictions La Paz exerted on the Chapare region by closing banks, cutting off essential finance and fuel supplies to Cochabamba amid the pandemic? According to some reports, the sanctions were eventually lifted.

Alberto Echazu: First of all, [they sought] to criminalise the whole region, as it is a stronghold of MAS. The regime has portrayed them as criminals for protesting against government measures that are actually threatening the survival of their families which need to go out to work on a daily basis to ensure their income. Second, the organisation of coca leaf producers, the Coordinator of the Six Federations of the Tropics, has started a successful campaign to deliver food to the regions where people have been left completely ignored by the state. That is the reason behind the targeting of Andrónico Rodriguez, the vice president of the Six Federations of the Tropics of Cochabamba and a face of the campaign, as a supposed instigator against the government and the quarantine. The campaign has received immense support, and that is something that the regime is actively trying to undermine, accusing Rodriguez, the Chapare citizens, and the campaign of being a threat to public health.

Good news: The Bolivian regime has been forced to back down and have now lifted the economic sanctions on the Chapare region.

Sputnik: How can the pandemic change the balance of power on the Bolivian political arena ahead of the elections? What do presidential candidates Luis Arce, Jeanine Áñez, and Carlos Mesa do to command the support of their voters? When will Bolivia’s Supreme Electoral Tribunal announce a new date for the vote?

Alberto Echazu: The unexpected scenario produced by the pandemic is that the government is trying to monopolise the political arena by saying that all of the measures proposed by MAS presidential candidate Luis Arce to handle the pandemic and provide assistance to the people are political interventions and attempts to politicize the crisis.

This is the queue for the bank in the Bolivian town of Patacamaya. During quarantine, supervised by the military.

Yet, the regime says that elections can't be held because of the quarantine. MAS is first in the polls, Añez is third #EleccionesYa pic.twitter.com/N6QiQ5Xj8G

Mesa has disappeared from the radar as he so often does in times of crisis. The balance of power hasn’t changed significantly, with Arce being the favoured candidate in rural areas and Anez trying to exploit the state apparatus in her favour, while all the talks regarding the next date of the elections have been suspended.