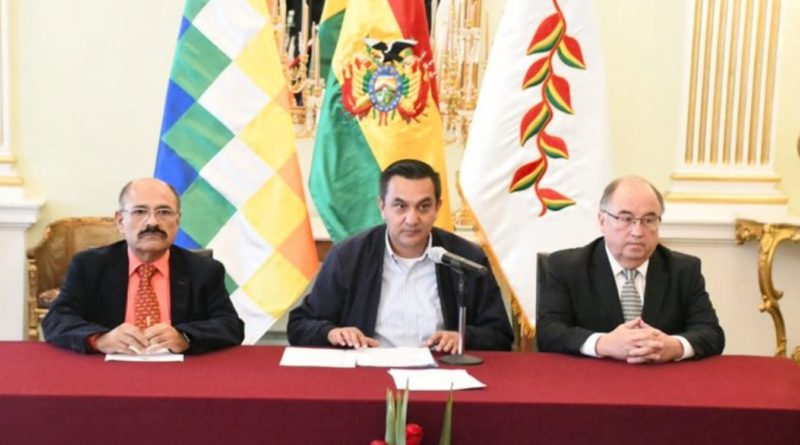 The de facto government of Bolivia, which the self-proclaimed president Jeanine Áñez heads, announced the suspension of diplomatic relations with Cuba.

The de facto government headed by Áñez, since she usurped power in the context of the coup d’etat against Evo Morales, lashed out at Cuba, especially against the health personnel working in that country [Bolivia].

Although Cuban doctors have returned to their nation, the coup authorities continue to attack their solidarity work, which benefited hundreds of thousands of Bolivian families, especially humble ones , as Áñez did this January 22 at the ceremony to celebrate the foundation of the Plurinational State.

Rodriguez described the statements of the self-proclaimed president as “vulgar lies,” stating that this is “another example of her servitude to the US.”

Since the coup d’état was registered against President Evo Morales last November, and Áñez assumed the Presidency, there has been harassment against Cuban workers in Bolivia.

Four citizens of Cuba were arbitrarily detained , accused of being responsible for financing the protests against the de facto government , after withdrawing a considerable amount of money.

However, it was shown that these funds were for the payment the salaries of 100 Public Health workers in Bolivia, so they were released.

Featured image: “This determination is due to the recent and inadmissible expressions of Foreign Minister Bruno Rodríguez Parrilla,” says the statement from the Ministry of Foreign Affairs.