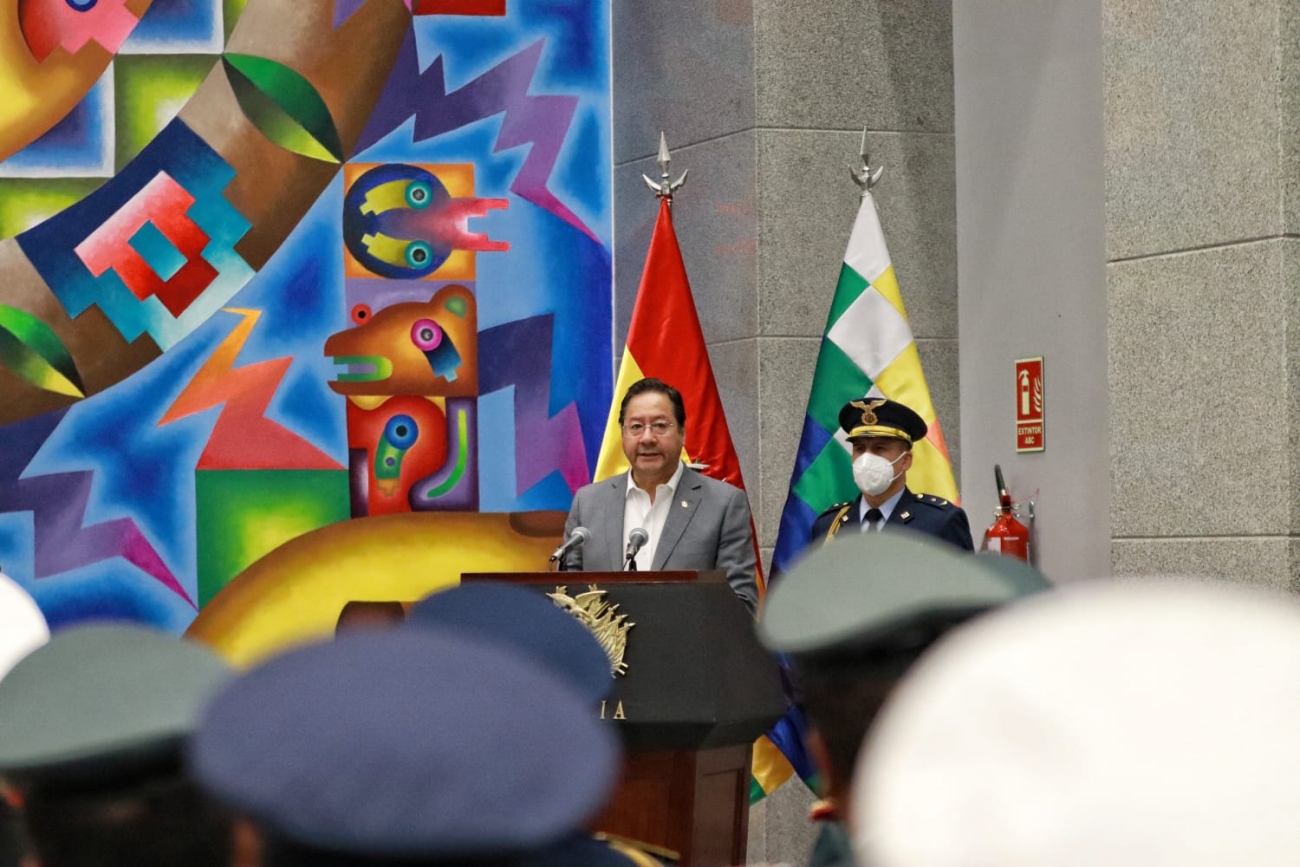 This Tuesday, November 1, at the inauguration of Bolivia’s new military high command, President Luis Arce warned that Bolivia is being threatened by actors who bet “on confrontation and violence” and who speak of “marches to federalization” threatening “national integrity.” Due to this threat, he demanded that the armed forces safeguard political stability and defend “the political constitution of the state to the utmost,” reported the Bolivian Information Agency (ABI).

“Today, Bolivia is once again threatened by those who, incapable of contributing to democracy, are betting today on confrontation and violence and endangering democratic coexistence among Bolivians, making it evident that it is the people who possess authentic democratic conviction because they know they are the majority,” said Arce during the inauguration, led by the commander in chief of the Armed Forces (FFAA), General Hugo Arandia López.

Shortly after completing two years as the head of state, Arce said that these actors have a “particular way of seeing democracy where it only counts if the majority of Bolivians yield to [the actors’]  interests.” He stated that under this logic, “they set in motion a strategy to redeem the coup d’état of 2019,” when the constitutional order was broken with the illegal self-proclamation as president of the second vice president of the senate, Jeanine Añez.

In a town meeting on September 30 comprised of 229,126 citizens, former civic president and now governor of Santa Cruz Luis Fernando Camacho forced the inter-institutional committee to validate the decision to go on an indefinite strike starting on October 22. The strike demands that the census be carried out in 2023 and also demands the annulment of Supreme Decree 4760 which had postponed the census until 2024.

The strike, which constituted a siege of civil and social organizations of Santa Cruz, eventually turned violent. As soon as the first hours of October 22 passed, the first death was recorded: Julio Pablo Taborga was beaten to death by civic supporters of Camacho in the border municipality of Puerto Quijarro.

The civic violence reached the populous area of Plan 3000 (Andrés Ibáñez Citadel), where the majority of the population is opposed to the strike. However, the strike continued to be spurred on by powerful sectors of Santa Cruz who had given their full support to Camacho. However, despite the strike, the elite continued operations of their companies in the industrial park and would have continued to do so if the gas supply had not been cut off and drivers had not set up a blockade demanding the suspension of all activities.

In Concepción, Deputy Governor Daniel Velásquez and civic officers assaulted indigenous Ayoreo people who were blockading against the strike, and whom the town council decided to expel if they persisted with their “vandalic” attitude, calling them a “scourge.” In Santa Cruz, at least 50 people carried garbage bags and threw them at the Bartolina Sisa women who were at the door of their headquarters.

Meanwhile, national authorities such as the minister of the presidency María Nela Prada, became targets for threats from sectors backing Governor Camacho, who warned of “civil death” to whoever “sells” Santa Cruz or gives in to the request that the census be carried out in 2023.

Despite the fact that the October 28 Plurinational Meeting for a Census with Consensus, which included more than 300 authorities from all over the country, proposed that a technical table define the date for the national survey, the governor of Santa Cruz, who was not part of this national meeting, decided last Saturday, October 29, to maintain the strike.

The president of the inter-institutional committee Vicente Cuellar and the president of the Santa Cruz committee Rómulo Calvo agreed to discuss the date of the census at a technical table. As those who had originally supported Camacho continued to desert him, the governer gave an interview over the weekend to the Santa Cruz newspaper El Deber, where he spoke of federalism as the only solution to the “crack that has existed since the founding of the Republic.

“Centralism has always been a burden for our development. The researcher Carlos Hugo Molina gave a very clear explanation that in about 15 or 20 years, we will be the department that houses more than 50% of the population of Bolivia. That demographic weight will be central to solving that fissure. In any case, as Santa Cruz has already been saying for decades, the way is federalism. That moment is getting closer and closer,” he said.

In this regard, President Arce warned that “there is talk of marches for federalization and of the implementation of a de facto process rather than a social pact process to exchange our state for another. That is called an attempt against national integrity, and let’s remember that the constitutional mission of the armed forces is to guarantee and defend the independence, unity, and integrity of our territory.”

The head of state then reminded the military high command that its “first objective [is] the safeguarding of political stability and the utmost defense of the political constitution of the state.”

Arce told them that these “tests will not be faced alone, but by walking under the leadership of their government and with their people, who, for more than a decade and a half, have decided to construct their destiny with their own hands.” 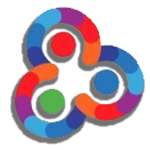