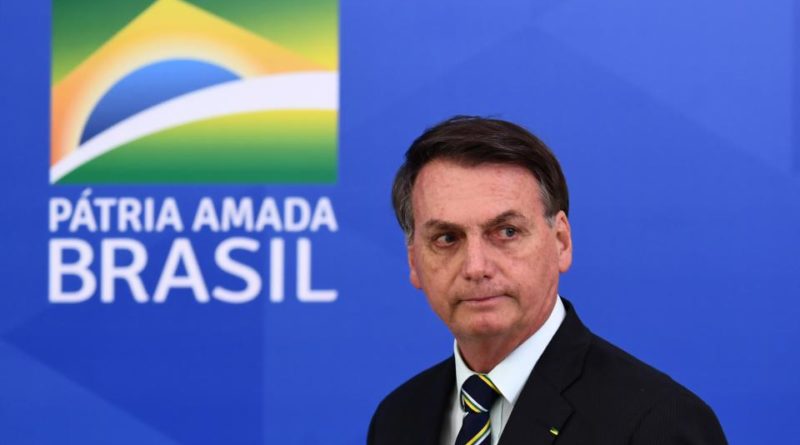 Jair Bolsonaro came to the government with a promise to maintain and deepen the neoliberal model and to intensify the fight against corruption. With the first, he has won the support of big business and the media. With the latter, he gave the pretext to those who, in truth, what they wanted, was a pretext to prevent the Workers’ Party (PT) from returning to government.

This week the two campaign promises of Bolsonaro have been diluted. In the face of the deep recession and the increase in unemployment, (that already existed before the pandemic but has multiplied) a group of ministers, coordinated by a military man who appears in all practicality as a substitute for President Bolsonaro by seizing the reins. Now General Walter Souza Braga Neto, has presented an economic recovery plan, in the opposite direction to the policy of Paulo Guedes who is still Minister of Economy.

Unlike Guedes, this plan addresses a clear need for state investment as the key to countering the recession. The Minister of Economy considers that private investments plus the use of the enormous reserves that the PT governments accumulated should be made. He has expressed his disagreement with the nature of this plan, as well as his absence from the presentation of the plan. This is a clear sign that one of the pillars of the government, the neoliberal policy, and the minister who embodies it, are now a thing of the past. All indications are that Guedes’ record in government is coming to an end, along with his policies.

The confrontation that has led to the resignation of Sergio Moro from the Ministry of Justice puts the other pillar of the government, the fight against corruption, in check. Beyond the fact that so many other factors had already exposed the falsehood of Bolsonaro’s commitment to the fight against corruption, Moro represented that fight in the government. His departure means that this commitment formally ceases to exist. Behind the resignation of the director of the Federal Police is Bolsonaro’s concern with lawsuits against his sons, in different areas. Bolsonaro’s attitude, by appointing a person directly linked to him as director of the Federal Police, confirms it was a political intervention.

Bolsonaro went on to be accused of falsehood for signing as if Moro had signed on to the dismissal of the director of the Federal Police that Moro denied and for obstruction of justice by wanting to directly appoint members of the Federal Police so they would have to answer to him. In this way, he could cover up any criminal responsibility for the existing irregularities.

Bolsonaro has made a move to reach out to traditional right-wing parties in Congress, to win votes and prevent the possible approval of an impeachment vote against him, which would require a two-thirds vote. Hence, he would need to remove Moro and the director of the Federal Police, in order to promise those parties that the corruption processes against them – as well as against Bolsonaro’s sons – would not advance.

But statements by persons in the judiciary reveal that this may be the path to prosecution for crimes of responsibility against Bolsonaro. The climate of revolt against the president is becoming stronger because he is causing a wave of political crises in the country, at a particularly difficult time of the serious effects of the pandemic is having in Brazil.

Bolsonaro thinks he is strong because he has the power to dismiss and appoint even the most popular ministers in his government, such as the Minister of Health and the Minister of Justice. But if this shows strength in respect to those ministers, his government is weakened overall. The same military wing of the government argues about whether to continue with it or leave. The Bolsonaro government moves on to another phase, which may be its final phase.