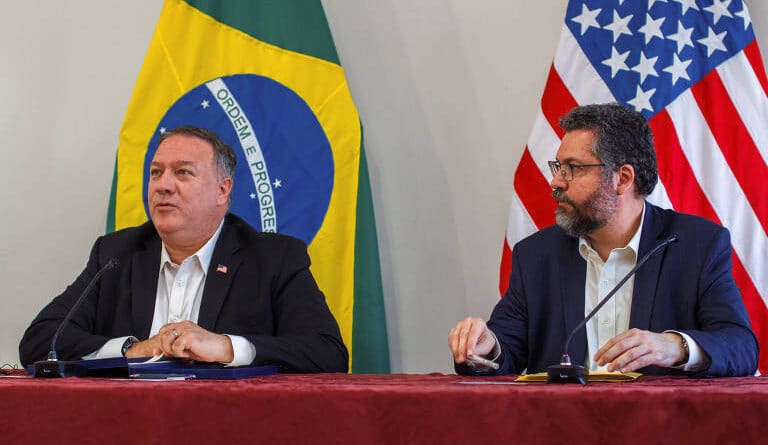 Diplomatic telegrams about the US Secretary of State’s trip to Boa Vista will remain confidential for 15 years, Brazil’s Ministry of Foreign Affairs decided

October 30.- The Itamaraty imposed secrecy, until 2035, on the information exchanged by diplomatic posts regarding the controversial visit of the US Secretary of State, Mike Pompeo, to the Brazilian border with Venezuela.

Pompeo was co-sponsored by the Minister of Foreign Affairs, Ernesto Araújo, during a trip to Boa Vista on September 18. He went to Roraima amid President Donald Trump’s campaign for re-election. The ministry classified the diplomatic telegrams that record the preparation and reasons for the trip as secret, as well as the documents produced later, with the impressions of the visit. Wanted, the Foreign Ministry did not answer why it classified the documents as secret.

This article is available in: Português