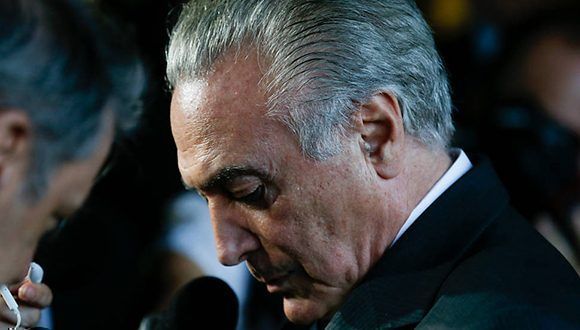 Former Brazilian President Michel Temer surprised Brazilians by referring for the first time to the political trial against his predecessor Dilma Rousseff as a “coup d’etat.”

Speaking on Monday night to the TV Culture channel, Temer said he had never “supported or made a commitment to the coup” and even tried to prevent it.

RELATED CONTENT: A Hundred Minutes in Jail with Lula (Interview)

Rousseff supporters have claimed that her dismissal in 2016 was in practice a “coup d’etat,” while her adversaries have insisted that it was a justified political trial to remove her from office.

For her part, Rousseff has said that her dismissal was a maneuver of her political adversaries to come to power after more than a decade that the leftist Workers Party ruled the South American country.

The former president was accused of improperly manipulating the budget and replaced by then Vice President Temer, whose party played an important role in her dismissal.