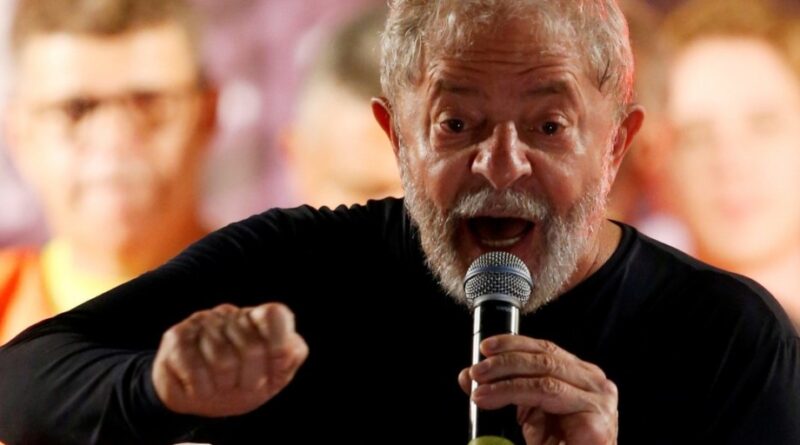 “Brazil did not deserve to go through what is going on.” “When are we going to wake up?”

The answer to this indignant question is in the historical speech of former President Luiz Inácio Lula da Silva at the place where he began his political life as the leader of the strikes against the military dictatorship in the late 1970s, the Metalworkers Union of São Bernardo do Campo on the day March 10, 2021.

Over 330.000 Brazilians died and according to epidemiologists, Brazil will have 100,000 more deaths from COVID-19 in April alone and will reach almost 600,000 by the end of the first half of 2021. The projections were made by the University of Washington, in the United States.

Even away from the Planalto Palace, former President Luiz Inácio Lula da Silva has used his political influence to strengthen the fight against the pandemic in Brazil and without the rest of the countries of the global south, he suggested to the President of the United States, Joe Biden, to call for an emergency G20 meeting.

Other than that, the economy is collapsing and the people are feeling the effects in the worst way.

The Brazilian Research Network on Sovereignty and Food Security denounced that more than 50% of the population of the South American country does not have full and permanent access to food. In addition to the effects of the pandemic, 19.1 million people are starving in Brazil. And for those who know Lula’s career, know that combating hunger was one of his main campaign platforms.

Despite being a man of struggle, a man of the people, Lula is being very realistic in relation to how dire the situation in the country is and how Bolsonaro is a genocide, he always laments “how deaths are being normalised” and also that “Many of them could have been avoided, if we had a government that would make the elementary,” said Lula at the event at the headquarters of the Metalworkers Union of São Bernardo do Campo.

Although his political rights have been restored and he is the politician most likely to combat the far right wave in Brazil and stop Bolsonaro’s reelection, his name also faces strong resistance from sectors of the middle class and other parties that in the past supported the coup against Dilma Roussef and the election of Bolsonaro himself.

In these last days Brazilians have experienced a dizzying evolution of events. Lula is, today, the historical subject of our time who is able to interrupt the continuation of the fascist project in order to start the restoration of democracy and promote the reconstruction of Brazil.

It is painful for a leader who elevated Brazil to the 5th largest economy in the world 10 years ago, removed the country from the hunger map and uplifted more than 40 million Brazilians from poverty, accepting that his nation has been turned into the world’s cemetery .