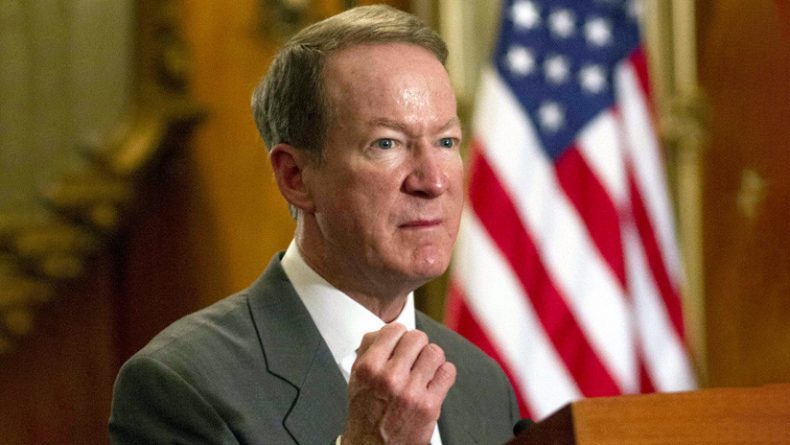 The former US ambassador to Venezuela, William Brownfield, said in an interview that the military option against Venezuela “does not necessarily” contemplate the arrival of Marines in that South American country.

“The military option does not necessarily have to be of 20,000 marines arriving at the beaches of Maiquetía [coastal parish of entry to the country where the main international airport of the country is located] and marching towards Miraflores [seat of the Government],” he said in a program of the television by Internet TV Venezuela News.

The former Ambassador of Colombia and Chile explained that in the XXI century “there are several military options” that could contemplate the actions of the US Cyber ​​Command, which belongs to the Defense Command of that country and works in conjunction with the National Security Agency (NSA).

On repeated occasions, the US president, Donald Trump , and senior officials of his Administration have affirmed that “all options on Venezuela are on the table“, referring to the measures that could be contemplated to solve the crisis in that South American country, which In his opinion, it is caused by the Government of Nicolás Maduro .

Brownfield, US ambassador in Venezuela between 2004 and 2007 during the government of Hugo Chávez, explained that the ‘Cybercomando’, trained to execute attacks in defense of the interests of Washington, is ” prepared to take action in the cybernetic world “.

This affirmation takes place almost two months after the cybernetic and electromagnetic attack that generated several national blackouts and failures in the internet service and water supply, denounced by the Venezuelan Government, against the Simón Bolívar Hydroelectric Power Plant, located in Guri, State Bolivar, which supplies 70% of the Venezuelan territory with energy. For its part, the opposition attributed it to lack of maintenance, divestment and lack of staff.

RELATED CONTENT: The Political Delirium of a Declining Empire

Similarly, he referred to the presence of “warships to monitor, defend and cut maritime trade in violation of US international sanctions.”

The coercive measures against Venezuela, which have been cataloged as “devastating” by Venezuelan Foreign Minister Jorge Arreaza, have intensified after deputy Juan Guaidó proclaimed himself “president in charge”, and have included blocking of State accounts abroad and freezing assets for about 30,000 billion dollars.

Speaking of another type of military option, he added, without further details, that there is also the scenario of “some Venezuelans outside the country and near the border” who “want to return to attack Colombians, Iranians and Lebanese.”

In January of this year, Brownfield admitted that sanctions against the state oil company Petróleos de Venezuela (PDVSA) would have an impact on the “ordinary citizen” and that the best solution for that country would be to ” accelerate its collapse “, even though it causes “a period of greater suffering, for a period of months or perhaps years”.

The opposition of the former Ambassador to the Venezuelan Government is not a new issue. During his past diplomatic work, according to Wikileaks, he participated in several actions to “penetrate the political base of Chávez”, “divide Chavismo” and internationally isolate the then president.