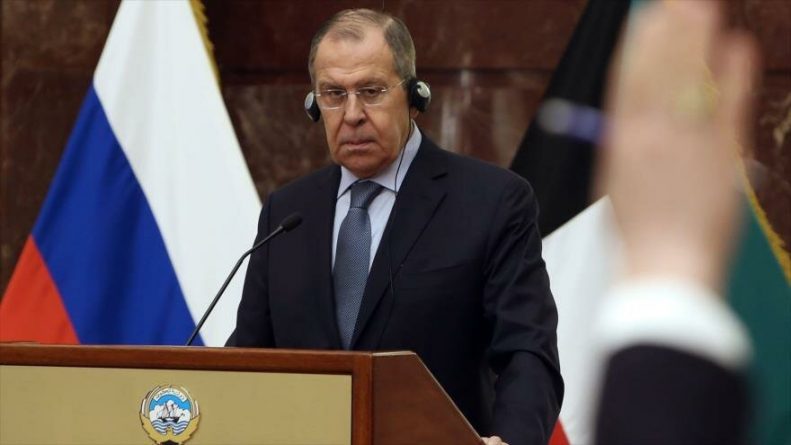 The Russian chancellor announces Moscow’s intention to create a coalition of countries in the UN to ‘counteract’ an eventual US invasion. In Venezuela.

“We are mobilizing a group of countries, which like us respect the Charter of the United Nations, to counter these plans,” said Russian Foreign Minister Sergey Lavrov, questioned by the press about a possible US invasion of the Caribbean country.

Lavrov has hoped that this group of countries “enjoys considerable support” in the United Nations (UN) because “it is a very simple thing: to defend the norms and principles” of International Law, fixed in the Letter from the UN

The head of Russian Diplomacy said that, during his telephone conversation, he asked US Secretary of State, Mike Pompeo, that Washington would not return to the Monroe Doctrine.

“We agree to continue the contacts, including with regard to Venezuela, but I do not see how we can reconcile the positions. On the one hand we have ours, based on the UN statute, on international law. USA, who appoint from Washington a person in charge of the position of president of a third country, “the Russian minister told reporters in Tashkent, the capital of Uzbekistan.

“The positions are irreconcilable, but we are ready for dialogue,” added the minister.

However, in commenting on the telephone conversation with Pompeo, held on Wednesday, Lavrov was ironic. “I understand it this way: Mike Pompeo called only to say publicly after he phoned me and asked not to interfere [in the Venezuelan crisis].”

The doctrine of James Monroe, raised in 1823 against European colonialism in the American continent, is summarized in one sentence: “America for the Americans”; nevertheless, later Washington used it to justify its intervention in the countries of the region.

The tensions in Venezuela on Tuesday returned to skyrocket, when a small group of military deserters helped in the flight of the opposition leader Leopoldo López from his house arrest. Later, the self-proclaimed “interim president” Juan Guaidó and López announced the beginning of “Operation Libertad” to overthrow the government of Nicolás Maduro, however, the coup attempt was deactivated .

Pompeo expresses its willingness to launch a military aggression against Venezuela, after failing the last coup attempt in the Caribbean country.

For his part on Wednesday, the US president, Donald Trump, did not rule out the military option against Venezuela and promised that next week Venezuelans will witness several things, some hard; although, it did not offer more details.