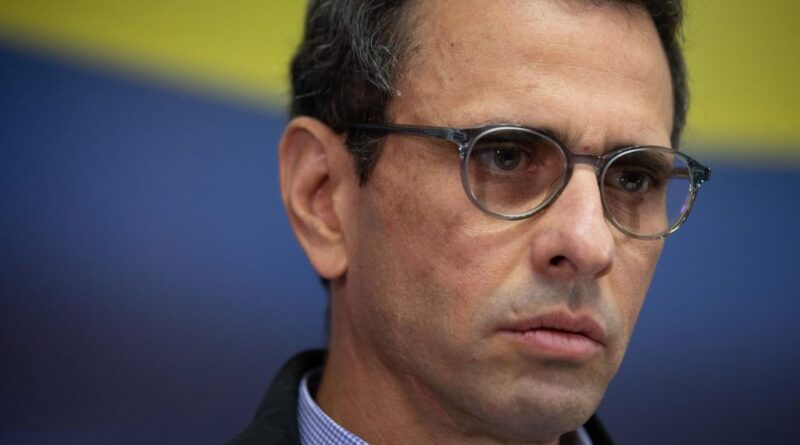 Henrique Capriles Radonski, Venezuelan far-right political leader, stated that he has the determination and will to dialogue with the government of President Nicolás Maduro, and expressed that he is in favor of lifting of the unilateral sanctions imposed on Venezuela by the United States.

Capriles, who in recent times has shown a tendency to relax his hostile position, also recently announced his electoral aspirations for the presidential election scheduled to be held in 2024.

With this current change of rhetoric, Capriles said that the need to “solve the country’s problems has to be above personal interests,” and added that he has high expectations regarding any action that aims to benefit Venezuelans.

“There will be no possible economic recovery if the oil business cannot recover,” he said in statements published by various media outlets and social media. “As the country experiences economic recovery, our brothers and sisters who are abroad are going to return.”

No personal interest?
With these words, Capriles is trying to present a shift in his rhetoric and position on sanctions, while he is preparing to present his candidacy for the presidential elections of 2024. It is with this aim that he seems to express his concern or interest in improving the conditions of the people.

He insisted that if the national oil industry can resumes its sales capacity in the international market, this will have a positive impact on wages for all workers. Thus, he supports that PDVSA must again have the possibility of offering its products, as it did before the blockade imposed by the White House.

“Being able to market our main resource in a transparent manner—that will allow the recovery of income, because the country needs income to recover its productive apparatus,” Capriles said in this regard.