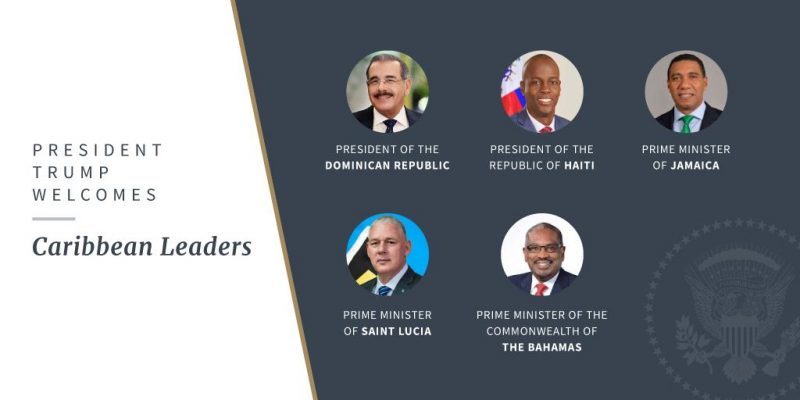 US government does not cease in its support to the self-proclaimed president in charge of Venezuela and promises to invest in the countries that have supported the opposition coup leader tool for its ‘regime change” operation against Venezuela.

US President Donald Trump announced Friday that a delegation from the Private Investment Corporation Abroad of the White House would visit during the next 90 days Caribbean countries that have expressed their support for Juan Guaidó, the head of the National Assembly (AN) Venezuelan -claimed in contempt since 2016-, who proclaimed himself , on January 23, as the president in charge of the country.

The New York tycoon promised at a meeting held in Mar-a-Lago Resort in the US city of Palm Beach, located in the state of Florida (southeast) with representatives of several Caribbean countries, including the Bahamas, the Dominican Republic, Haiti, Jamaica and St. Lucia. Trump was criticized internally for the excessive use of this hotel of his property to held meeting that should be hosted in the White House to avoid excessive spending.

Today in Florida, @FLOTUS and I were honored to welcome and meet with leaders from the Bahamas, Dominican Republic, Haiti, Jamaica, and Saint Lucia! pic.twitter.com/tElFdkIYfC

“This relationship will increase cooperation with Venezuela and demonstrate the strong support we have for its population and interim president Juan Guaidó,” the US president wrote in his Twitter account in reference to the meeting that was described by the Trinidad and Tobago PM as the Lima Group Caribbean Section.

His promise to make investments in the Caribbean region came a few days after the White House revealed Trump’s plan to limit China’s commercial activities in the area, something that alarms Washington.

In recent years, Beijing is expanding its ties with Latin American countries in different areas, such as economic and military, in the midst of aggressive US policies. against certain states in the region, focusing on Venezuela.

Last July, the Chinese government agreed to grant Venezuela a special loan of 5,000 million dollars to reactivate oil production in the Caribbean country.

This situation occurs while the US objective is to force the legitimate Venezuelan president, Nicolás Maduro, to leave the office to the self-proclaimed Juan Guaidó and to hold new presidential elections, despite the fact that the chavista leader won in a categorical victory during last May elections.