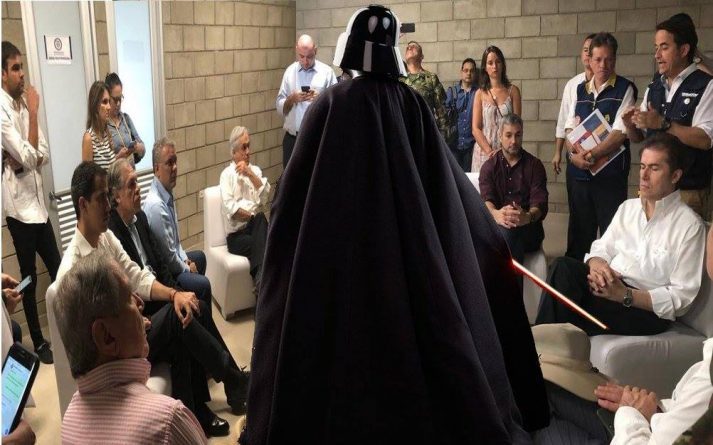 National Security Adviser to the White House, John Bolton, warned the Venezuelan president, “we are not playing”.

White House national security adviser John Bolton said Friday that the arrest of Venezuelan opposition leader Juan Guaidó’s chief of staff, Roberto Marrero, is “a great mistake by the regime” of Venezuelan President Nicolás Maduro. He warned: “We are not playing.”

In an interview with the latino network Univision, Bolton said that “more significant actions” will be undertaken if there is no progress towards a democratic transition in Venezuela .

“This act of repression (the legal detention of Marrero for an alleged terrorist plot) by the “Maduro regime is a big mistake, we have warned them as clearly as we could that they should not do anything that interferes with the operations of the interim government (…),” he said in reference to the team led by Guaidó, who proclaimed himself president in charge of Venezuela in January and has attracted the recognition of some 50 countries, with the United States being the first of them a few minutes after the unprecedented action.

Bolton participated in a meeting that the US president, Donald Trump, held with the governors of Bahamas, Jamaica, Saint Lucia, Haiti and the Dominican Republic in Mar-a-Lago, his Resort in Palm Beach, in southeastern Florida.

In coincidence with this meeting, the US government announced on Friday sanctions against the National Development Bank of Venezuela (Bandes) and its subsidiaries in Uruguay and Bolivia, as well as the Banco de Venezuela and Banco Bicentenario.

The decision, according to an official statement, was adopted “in response to the illegal arrest” of Marrero.

In his statements to Univision, Bolton said the “goal is to bring this crisis to a quick conclusion for the benefit of the Venezuelan people to get the Maduro regime to transfer power to the Guaidó government peacefully so we can have free and fair elections.”

On the new sanctions said that its effect is “continuous and cumulative.”

” It’s like in ‘Star Wars’, when Darth Vader hangs someone, that’s what we’re doing economically with the regime, ” he said, in an unprecedented statement coming from a National Security Advisor even from the US.