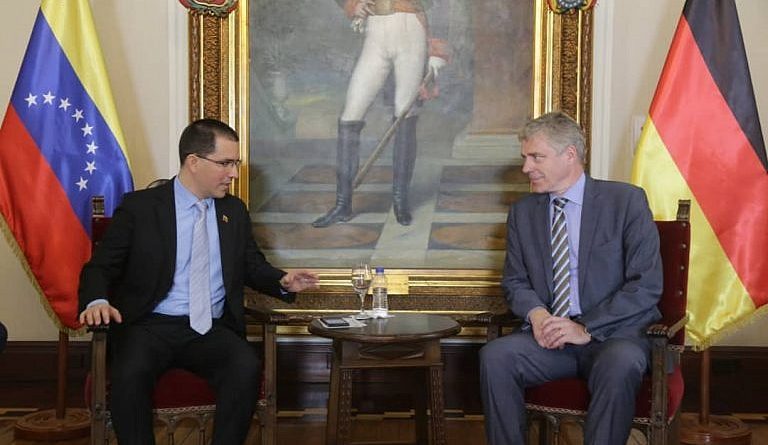 On Friday, the chancellor of Venezuela, Jorge Arreaza, received the German Ambassador to Venezuela, Daniel Kriener, with whom he held a meeting after the recomposition of diplomatic relations between the two nations.

The head of the Bolivarian peace diplomacy assured that the Venezuelan government will maintain direct communication with the German representative, in order to try to reconstruct a full agenda of bilateral cooperation.

It should be remembered that through an official statement, the Bolivarian Government announced the restitution of diplomatic relations with Germany.

In this regard, progress is being made in restoring diplomatic dialogue channels within the framework of mutual respect and the preeminence of International Law.

The aforementioned communique detailed that, consequently, the President of the Bolivarian Republic of Venezuela, Nicolás Maduro, has decided to nullify the content of the Communiqué of March 6, 2019, whereby the Ambassador of The Federal Republic of Germany, Daniel Kriener, and the German Government have decided to return to the country to build an agenda of mutual interest, in accordance with the principles of international cooperation.